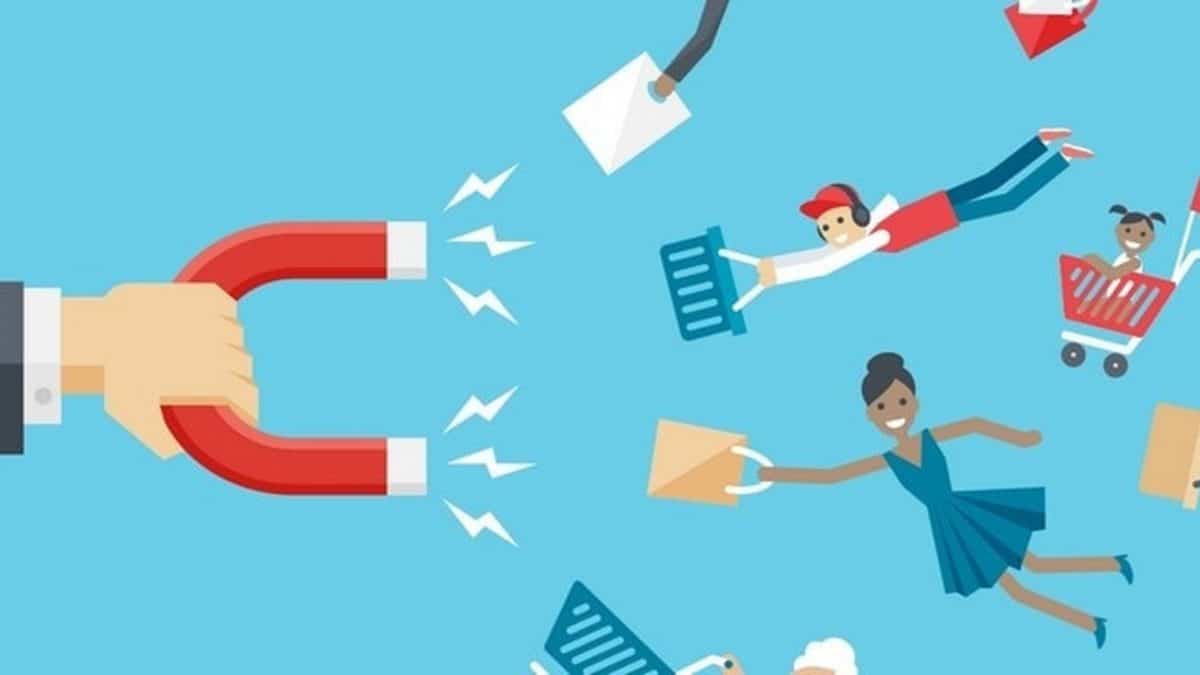 Undeniably, gender inequality still exists in our society even in the 21st century. It is not new to women to being treated differently, from the pay gap to discrimination in sports. Then there is another inconsistency to add to the list: price discrimination strategy.

Have you heard about the “pink tax“? You probably have. Half of the population is subject to it. Women. Some may not be even aware that they’re paying for it.

The so-called ‘pink tax’ lets women pay more cash for identical items at the supermarket, like razors. Australian women are encouraged to make sure they’re not casualties of ‘gender-based pricing’ or price discrimination strategy. In other words, make sure they’re not paying more for products just because they’re pink.

As a consequence, some companies have been stepping up against price discrimination strategy and making moves towards high-quality and super low-cost prices.

A study of prices in 24 NYC stores for 794 products was conducted by The New York City Department of Consumer Affairs (DCA). It discovered that products for women cost an average of 7% more than the similar versions for men. The differences were extensive. It showed that in 30 of 35 product categories, it appeared that female products were priced higher.  The result of the report wasn’t good. It shows that women are paying thousands of dollars more than men over the course of their lives to buy similar products like men’s.

In this article, we will discuss the problem of price discrimination strategy or gender-based pricing. We will also tackle the subject of how it affects women’s finances. We will argue that pricing should be the same for men and women on similar products. Meaning, female products shouldn’t be priced higher than the male version products.

By the end of this article, you will understand why companies price women products more than men or why they use price discrimination strategy. However, we will provide you with real-world examples of companies that are trying to address the issue and what they’re doing about it. In addition, you will gain knowledge on how to avoid paying additional costs for women products or the pink tax. In almost all stores and supermarkets, women products are more expensive than men’s. The pink tax is everywhere. It affects the women financially who are buying products and services for themselves.

One example is from a study that found that the initial offers made by car dealers to white men are cheaper compared to women which were about $200 higher. Even for car insurance, women are more likely to pay higher rates, the Consumer Federation of America said. Even though it’s a fact that men have dangerous driving patters such as driving under the influence of alcohol or drugs.

This pricing problem is aggravated by gender wage gap that women only earn 80.5 cents for every dollar a man earns.

Even experts say that it’s a bit confusing as to why manufacturers and retailers use price discrimination strategy. However, they came up with two ideas that could explain why women’s products cost more:

Take the classic example — those cheap razors sold in most supermarkets and drug stores. It’s just a single blade with no fancy moisturizing strip and no rust-free titanium. The only difference is the colour. Commonly, the men’s version is blue and the women’s version is pink. However, it is more expensive to buy the pink one than the blue one.

There are considerable examples of women products that are more expensive than men’s. Many of them cost women more than a few cents in the store.

The “Shrink It and Pink It” Approach in Price Discrimination Strategy

What is the factor that gave rise to the pink tax? It is the “shrink it and pink it” method. It is a marketing approach where most items for women are priced higher but contain less of the product. Manufacturers conclude that altering the colour and size of a product will make it more attractive and marketable to the female customers. In other words, it is feminizing a male version of the product by colouring it pink and making it small to fit women.

One analysis also showed that the average differential for all pink vs. non-pink items was between 2% and 15% depending on the retailer (such as Target, Macy’s, J.C. Penney, Bloomingdales, Amazon and Walmart). In a store survey, a few years back, JOON’s Huge Teddy Bear in colour blue costs $49.00, the pink one was $54.95. The kids’ scooter of Radio Flyer, the red one costs $31.96 while the pink one costs $35.00. For sure, you will agree that this is not a piece of surprising evidence.

Definitely, there’s still a long way to go in eradicating the concept of price discrimination strategy because it exists in most manufacturers and retailers.

Jenn Steele, the director of product marketing at the consumer data firm Indix said, “Fundamentally, I don’t think retailers are going to change their behaviour until we change our buying behaviour. If the pink is more expensive, don’t buy it. Buy the green! Green is cheap. Awesome.”

Companies that are stepping up against price discrimination strategy

Some companies are taking a stand against gender-based pricing by producing high-quality products but pricing it low.

Below are some of the companies fighting the good fight:

Harry’s sells excellent skincare products in an affordable price without compromising on quality.

Here’s what they say in their website, “It started with a razor that changed everything: We noticed that women were overpaying for razors and shamed for having body hair. Kind of a double whammy, when you think about it. So, we did away with the Pink Tax and put body hair on the big screen.”

They’re Rethinking Pink and stepping up to the pink tax. They are implementing price equality for women.

Some brands are even rethinking their approach to women’s sneakers too, like Nike and Adidas.

According to Nike CEO Mark Parker, Nike will expand its women’s offerings. Nike’s Jordan brand made a 2-digit growth among women in the last quarter. Even the Air Force 1 and Air Max 270 have all seen growth in sales to women over the past year.

Nike is doing better than most when it comes to giving women choices. An example is the revitalisation of Jordan women’s line which put them on the forefront.

Another brand looking to earn goodwill with women is Adidas. It launched a vast campaign supporting the equal representation and airtime of women’s sports and men’s.

Marketing plays a big role in how women view the brands they want to buy from.  Shoes need not be coated in pink glitters, beads, and sparkles to be marketable to women consumers. Sneaker brands just need to provide more size ranges so women can easily buy them and make their message clear that their shoes are for everyone. Not all women are pink and sparkle-obsessed shoppers but they all want choices and options.

Be smart and avoid the pink tax

…prohibit the pricing of consumer products and services that are substantially similar if such products or services are priced differently based on the gender of the individuals for whose use the products are intended or marketed or for whom the services are performed or offered.

Unfortunately, the bill failed. In 2019, lawmakers in 22 states introduced bills that would revoke the tampon tax, however, none became law. Some countries are making more progress though. Countries that have nixed the tax are Canada, India, Malaysia and Australia.

Sad to say, the pink tax is not going to just disappear that fast. Meaning, the path to eliminating the concept of unfair gender pricing isn’t going away soon. Women will just have to be especially conscious in the meantime and look for brands and stores that are not using price discrimination.

So, how can we help prevent from paying additional costs? Here are some tips to help you overcome the pink tax:

Most of the time, unisex products are cheaper. Take for example the razor, if it works the same way with the male version of the product, then buy that one.

2. Check unit pricing of the product

Check the cost per unit of the item. This allows you to compare “apples with apples”. There’s a sneaky gender pricing out there too. Like for instance, the deodorant which appeared less expensive than the men’s version but actually contained less. Making it more expensive than buying the higher priced men’s version because of the unit pricing.

3. Support companies/stores that are against unfair gender pricing

Be updated with pink tax news so you’ll discover new companies/stores that are slashing the pink tax. Soapwalla is one. It’s a body product company that makes unisex products, therefore, there’s no price discrepancy.

European Wax Center organized a campaign called #AxThePinkTax. It provides news about the pink tax. It also discloses companies to avoid (who are into pink tax) and those fighting against it.

For now, what you can do to avoid the pink tax is by carefully checking the products and assess your options. Be on guard and don’t be fooled by the pink.

The pricing problem of this gender-based pricing or price discrimination strategy is worsened by gender wage gap. Study shows that women only earn 80.5 cents for every dollar a man earns.

Since this pink tax is not going away soon, women will just have to be especially conscious in the meantime and look for brands and stores that price their products fairly.

It is worth noting that marketing plays a big role in how women view the brands they want to buy from. Manufacturers and retailers should be aware that not all women are pink and sparkle-obsessed shoppers. They want choices and options.

The differences between similar products for men and women are extensive. It shows that products for women cost an average of 7% more than the similar versions for men.

We’ve learned from one study that women pay thousands of dollars more than men over the course of their lives to buy similar products with men.

When buying, check the products and evaluate your options. Be attentive and don’t be deceived by the pink. 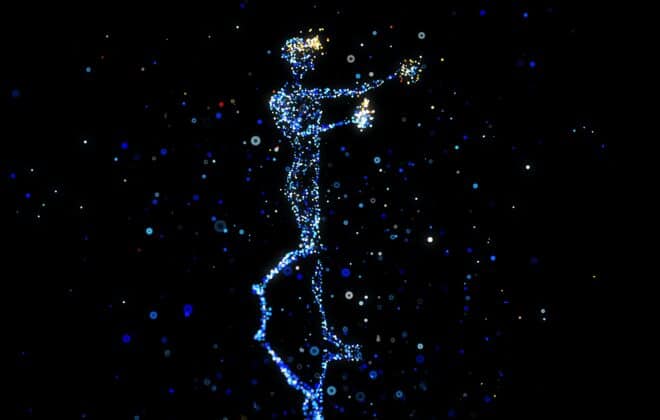 How Does the ‘Metaverse’ Actually Improve Commercial Operations?👨‍💻 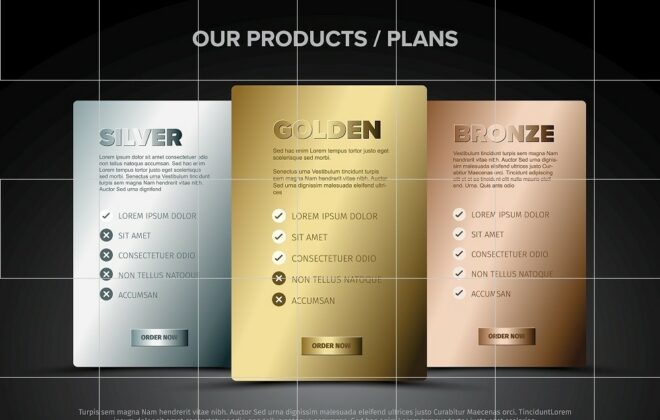 B2B Tiered Pricing: An Effective Strategy to Price and Sell Your Products 🛍️ 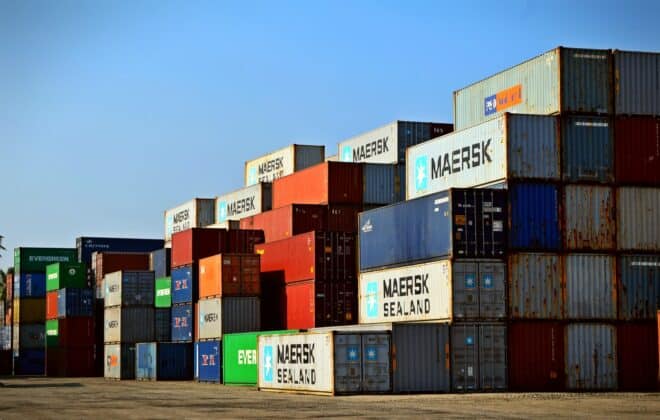