Why Do Some Startups Not Worry About Big Losses? 📝 Podcast Ep. 21

In this episode of Pricing College – Joanna asks whether making a loss is a viable pricing strategy for any business – and of course startups and big losses. Many well-known startups from Uber to Amazon have made losses for many years in a row.

We look at the Australian business Canva – and ask if the pricing strategy makes sense. Is loss-making an extreme form of penetration pricing? Or is something else at play?

So many of the world’s most valuable startups have never been profitable. So, today, we’re going to talk about the freemium model that many startups use as a good approach to take.

I think we read in the paper very recently that Australia has a new tech unicorn and that is the online marketing system Canva. Canva is a system that I personally use, I think it’s great. It lets you do lots of different things such as design graphics, posters, and anything from a visual perspective that is super beneficial for any company.

The thing about Canva which is interesting is it’s valued at billion American dollars, I believe. But the vast majority of users never pay a cent. And I use it nearly every week. And I very rarely pay any money to Canva.

This is quite a common model for a lot of startups. Their product or service is free. So, where are they going to get revenue?

In regards to Canva, there are a few templates that they charge for. But there’s a huge host of templates that are free and good to use. I suppose this is an extreme version of a freemium system. I think we’re all used to getting a tester or a sample for a new product.

Sometimes, this can be very sensible. We covered penetration pricing in a previous episode, and obviously, a freemium system is an extreme version of that. I suppose the only more extreme version will be if they paid you to even use the software. But when something so new that you haven’t used before and you’re not aware of it sometimes, a freemium or a free test is an old-fashioned way of getting you used to it, to get you aware of it, and becoming accepting.

Yeah, and this is quite different from the usual strategy for a novel or new product where if we look back in the textbooks, they say if you’ve got a new product, what you really should be using is a skimming strategy price high. And then work out what the willingness to pay is and go from there.

When it comes to startups, however, they’ve done the reverse. They’ve given it away for free and then determined the willingness to pay after that.

I can see a lot of people famously talk about the dropbox system whereby it led to a viral marketing method. In this sort of industry in startups, you need marketing-of-one format or another. And word of mouth for someone like Canva is great. There’s a huge universe of users, and they talk about and recommend it to other users. And then a certain percentage of those users will pay to use it.

The dropbox example was if you referred a friend, they would give you extra storage or free storage. And that would have the word of mouth viral nature of it. With Canva, one of the things I’ll say about it is the vast majority of people can get everything they want from it without ever paying. How are they going to move people?

Obviously, over time, they will justify the valuation that the potential user base will cap out somewhere. But they will need to get a certain percentage of people paying, either paying a subset of the subscription model or paying bit by bit. And the question is once you’re used to using it for free  – will you move towards a payment model?

The same would apply to Google. They’re offering pretty much everything they’ve got for free.  And then there’s almost like this side business model to Google where they’re getting their money from ads, the pay for clicks.

The strange thing about the way they sell the ad pay-per-click model is very much old-school sales. They get people on the phone, calling you up to drive or to make you buy more of their ad space. And that’s quite ironic I think. They give away stuff for free but then they use an older sort of sales and business model to fund their tech startup platform.

In the world of pricing, there’s a couple of things people say. When you don’t pay for something, you tend not to value it.

There’s a very famous analytical case study done where if you change the price of anything from zero to even 1 cent or 10 cents, the actual demand for that will drop hugely. It’s way more than the actual value of 10 cents just even paying anything whatsoever will hugely diminish users.

I’d asked that question about someone like Canva. If you just even charge a very minimal fee like $1 a month, what would be the percentage decrease in users? Would people move to other services?

I can think of one that is not the same but Stencil and other products like that. If you have to pay $1 a month, what percentage of the customer base, the user base on Canva would move elsewhere?

I think the pricing is connected to the philosophy of the startup. And the tech startup is all based on the idea that we give more value to more people. And from that belief, it’s made it very difficult for them to monetise and capitalise on the value that they’re giving because that’s the thing that’s supposed to give away for free.

It is. These companies are clearly burning money and that money is coming in through investors’ startup rounds of venture capital. We look at people like Amazon and Uber, who’ve gone through 10 years. And I think in both cases of massive losses before they start to hit profitability. That’s based on the market being sustainable.  They’ll have significant market share and they’ll be big enough to dominate that market.

In the instance of Amazon, we see that now they’re hugely profitable. When the company gets to that stage while building that market, is it a plausible scenario?

I suppose there are overlaps in the world of pricing and also the world of business models. What we’re talking about is offering a freemium service to grow market share to try and get market awareness.

Is that a pricing strategy? Or is it just giving away a great value for virtually nothing?

Of course, if you give away a great value for nothing, people are going to use it. I don’t know if that qualifies as a pricing strategy because it’s unsustainable. It’s not optimising profitability and it’s almost as if profitability is not being considered.

So, it is usable as a short-term strategy to get towards your goals which may be growing market awareness, growing that viral aspect of it. But there has to be a drop-dead zone somewhere down the line when we start charging somewhere, or in some way.

Create a Pricing Strategy in the Beginning: Startups and Big Losses

The stock markets are very sympathetic to these pricing models even though they don’t drive profitability. So, there must be some doubt in the markets that these startups are going to capitalise on their huge user base of millions at some point in their life cycle.

And it just seems I suppose from looking at it objectively from an outside position that often, pricing isn’t considered right at the beginning of this tech startup business model. It’s sort of considered, further down the line.

How can we use pricing now we’ve got these people on board, we’ve got this massive user base, and make money from them? And that seems to be things that all tech companies do maybe three to five years down the line – as opposed to in the first year. Maybe that’s a strategy in itself.

Yeah, I think I’ll just wrap up my comments here. I’ll say one of the big dangers is we tend to look at the winners. We look at the survivors in the tech industry or any industry.

I remember reading an article. The airline industry after the Wright brothers invented the first plane and there were 1000s of airline companies. We only think of the two or three that even survived. That’s the same in the tech industry.

We think of Canva because they’re valued at a billion dollars. But there are hundreds of smaller startups out there trying to pursue this freemium model. They’re trying to pursue giving away this great value for nothing and hoping that over time it will grow quick enough. Then, they’ll be able to charge before their funding runs out.

In a company like Uber, yes, they have a massive runway and the funding seems to be available. But for many small startups, it didn’t hit a crunch. And what can happen is that the runway can shorten much quicker than you expect.

So, you have to have at least a private strategy in your mind. Have a time frame when are you going to start at least. When will that start charging and when will that get you to a breakeven position?

Now, I think that’s a great place to leave it because I think we’re going to talk about what startups could do in terms of pricing revenue models. This is to ensure they can make a bit more money upfront, rather than leaving it too late down the game, in another episode.

But for now, thanks a lot for listening! 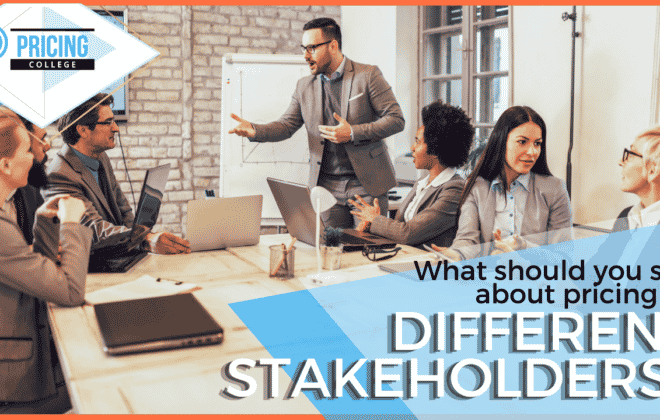 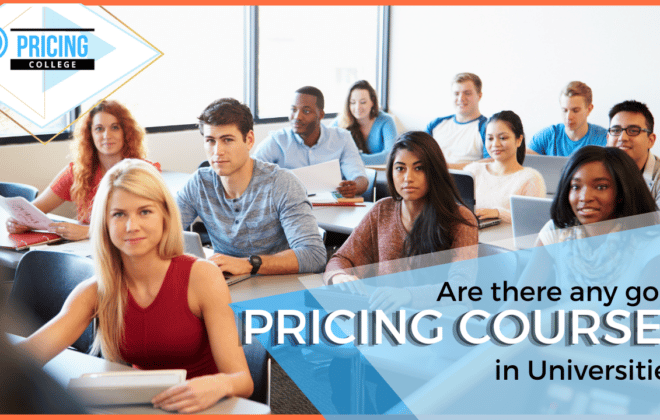 Are there any Good Pricing Courses in Universities? 👨‍🎓 Podcast Ep. 68 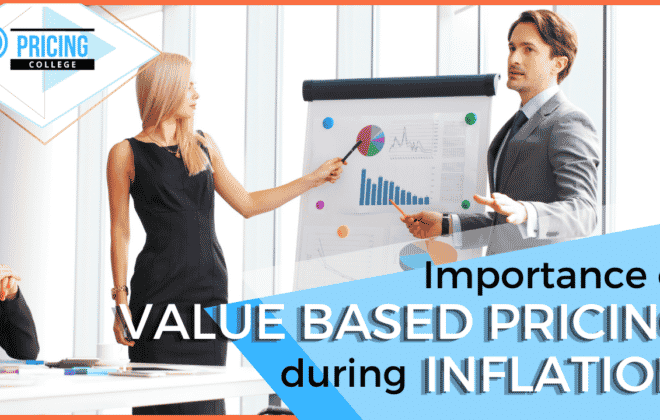