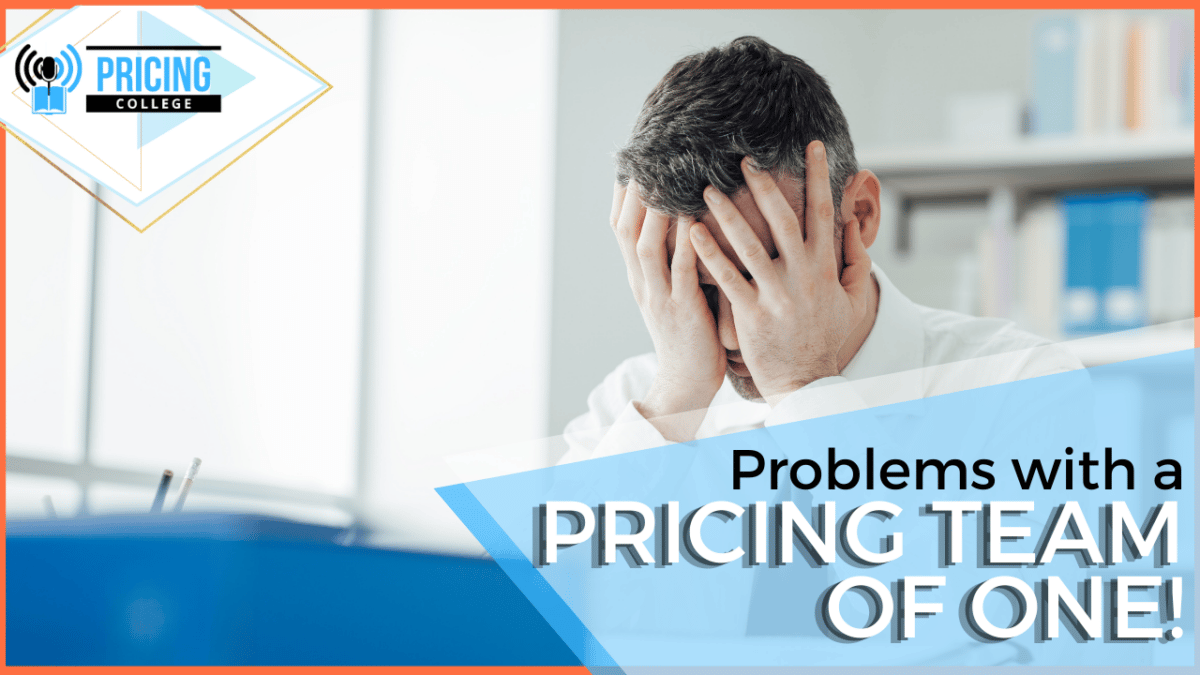 Problems with a Pricing Team of One! 😤 Podcast Ep. 41

In this episode of Pricing College – we discuss the potential problems when you only have one person in a pricing team.

One person may be able to do it all for a short space of time – or in a small business but overtime problems will arise.

Number crunching and strategy are different skills – and people can get burned out doing too many tasks.

[00:53] What is a superstar overpricing manager?

[01:53] Aidan talks about how the pricing is a varied area

[04:34] Under scope role of pricing managers

What is the problem that may occur when hiring the first pricing professional?

In today’s episode, we want to play a thought experiment. You’ve just made the decision as a company to employ your first pricing professional.

You’re probably thinking of this as a great step, and untold riches and profits will inevitably flow from that. But we need to point out that there is one, almost inevitable problem that will happen to you.

And you will see it, whether sooner or later it will occur.

That problem is hiring that superstar overpricing manager and expecting them to do everything.

Strategy, stakeholder engagement, dive into the analytics, build the structure, build the price architecture, redesign the product hierarchy. Do it all. Do it all up to high capacity, full of energy for the entire employment.

But unfortunately, that’s sort of Fantasyland. It doesn’t work that way. Thinking of that person, that superstar even if you could find them. And yes, there are those rare people that can do everything.

Would they want to do everything like that all the time?

The answer is, absolutely not. And they often won’t do it at a salary most companies are offering, which is too low.

Obviously, as a company or any company and you’re making the argument to implement a pricing strategy and a pricing manager. The first thing would be, “Let’s keep costs down. Let’s employ one person, and then let’s step it out from there with easy wins.” And that makes perfect sense.

The problem is, and we all know this, at least in the pricing profession…

Pricing is a very varied and multifaceted skill set and area.

It’s involved in every function of the business. I haven’t even touched on marketing and the commercial aspects and working with finance.

So, you want somebody who is competent and capable to drive that, implementing it, and be an expert and champion for change. But at the same time, you want them to do the number-crunching also.

And with that, there will be an inevitable tension.

We’re not arguing that the tension is wrong. It’s great to have that tension. It creates energy, creativity, and thought.

The pricing manager role is varied. And we’re not saying it’s not and it does range somewhat. But it’s the expectation that they do this role on their own for a long period of time. It’s unsustainable.

They’ll get burnt out.

It’s a margin risk because if you’ve got huge amounts of revenue…you’ve got like 500 million to look after, you want to make sure that you’ve got the right support and resources to ensure and protect margins.

And also, you’ve got your eye on the market to find new revenue and margin potential. Even the best of us won’t be able to do everything all at once. And this is why ultimately you need a team and a team that complements each other.

So, yes. A pricing manager should oversee a lot of areas.

They should have competency in all of the areas so they can identify quickly any of the mistakes and correct them. But they shouldn’t be doing everything. This is why they need to hire correctly.

Then the pricing manager can run all of this and oversee it. Then consider all the options and make those options and present them to the executive team and the board.

Under scope role of pricing managers – Pricing Team of One

I think it’s vitally important when you’re implementing a pricing project. And we’ve been through this process many times. Companies are aware. They’ve got a sign off from their internal process that they want pricing professionals. But they haven’t under scoped out what this role will do.

There’s a number of issues with that.

Firstly, the people scoping out the role do not work in pricing. So, they don’t know what this person really will do.

Because if they did, they would have done it already. And they don’t know the issues and taxes that would be involved.

Secondly, when they’re not scoping it out at all, the person they’re describing probably doesn’t exist.

Somebody who has the capability to do many things such as be an executive leader, come up with a strategy, go through the numbers implement stuff, all those things. People may have that a billion skill set. But just because you can do something, it doesn’t mean you’re willing to do it.

When people want to be executive leaders, often they won’t want to do the hard work. The analytical work would often, say, in a bank or financial institution will be given to more junior people.

Try to find one person to do all, that is almost impossible. So, when you set out a job and start the project plan for this, the new strategy and the new function, you need to have a timeline.

You can ask someone to do that for a certain period of time. But that person needs to buy into the project too. They need to see opportunities to go up, to progress in the company, to get acceptance from stakeholders.

And they also need to see a timeline of when they will be getting assistance, when will they have that support, and when that support will come on board.

That’s a large part of their job. They develop that roadmap to show you what they’re going to do.

Where are the price improvements going to come from? And so, you know you’re going to get the ROI.

How can they do all of that?

How can they build a roadmap?

If they’re varied deep in analytics detail all the time, they can’t possibly oscillate between the two.

So, they need support to be able to give you the full ROI on pricing that you would expect from them. And they know that they can deliver, only if they have support. 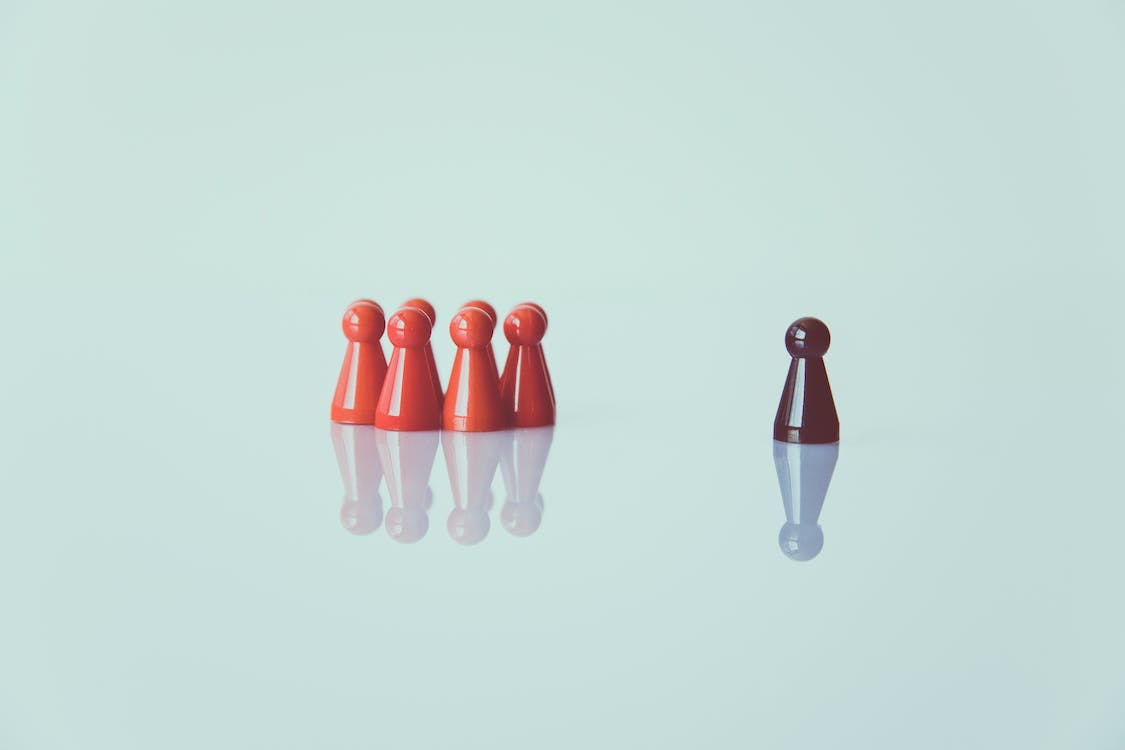 But as I said, that doesn’t mean they necessarily stay in the detail all the time. They oversight the team. And they can spot and identify opportunities and this is their skill. They don’t necessarily day in day out, crunch the numbers. That’s analyst work.

We’ve got to be very clear about the role demarcation just to ensure we’ve got everybody doing the right things. Working in unison, not working against each other, and slowing the mission down. That’s not what we want to achieve.

So, having that real good team structure role definition in place prior to hiring is essential to make sure that you get the right person. And that the person that comes into the role is going to stay in the role.

Because you may have a huge range of expectations of what you think a pricing manager or executive will do. But they have a completely different set of ideas. And if they clash and they find that there is a clash within the role, and pretty soon you’ll find that they’ll leave.

There are lots of options for great people. And what will happen is that you’ll be left with a big gap in your pricing team, and no one willing to fill it.

The analogy I use is like building a bridge.

Fundamentally, every company wants to spend as little money as possible and hope things will work out well. With pricing, it’s almost like building a bridge. If you want to build a bridge across a big river you need to make sure you spend enough money to make sure that bridge lasts for 100 years.

It’s functional, it’s sturdy, and it will withhold everything.

If you don’t spend enough money building the bridge and cut corners, fundamentally, you won’t get the longevity and the support out of that bridge that you want. If you do it quickly and cheaply, potentially will only be a short term emergency fix.

When you set out to build the price department, you want your company to grow over time throughout the life of the business. It’s not something you can implement immediately.

With any pricing project and any business improvement project, it’s continuous.

It’s not as if something that’s been done. “Let’s move on,” and then the project is finished. The project will never end.

With that, you do need to support them. You need to stand behind them, give them the analysis, and analytical support they need. And also one other comment I make in a company, people are very good at being aware of where people stand in the pecking order of the hierarchy.

If a GM or an operational manager, and they’re talking to a pricing manager, if that pricing manager has to go back and then do all their number-crunching, to some extent, it will undermine them a little bit. So, there’s a status aspect in all aspects of human relations and it’s specifically in business.

Ask yourself the question… 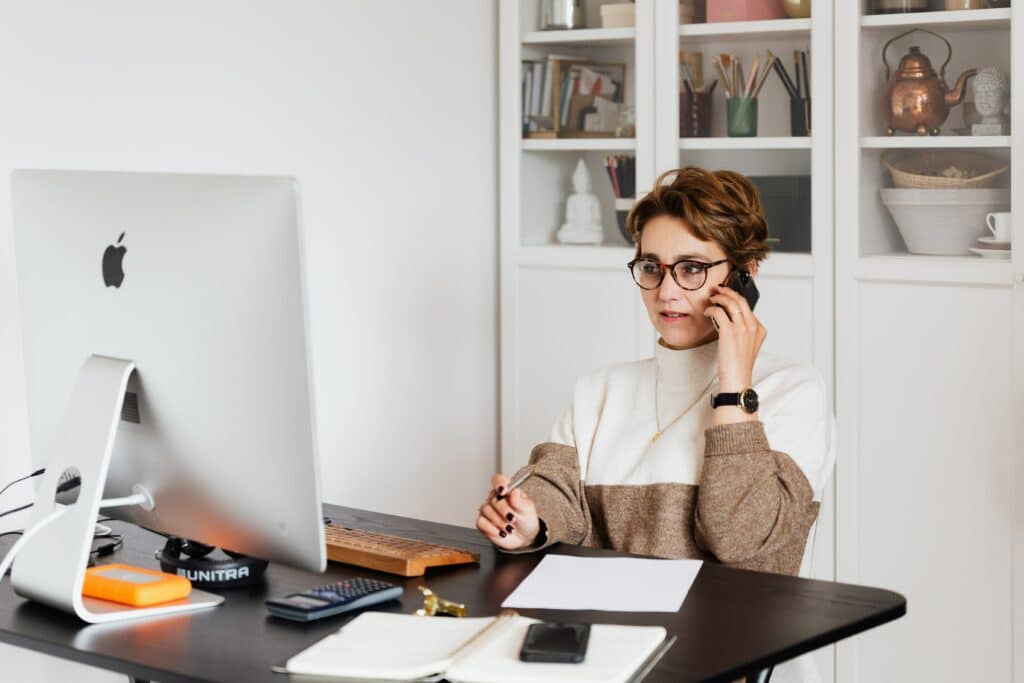 With all of this, we’re trying to say like… “Do you want to set your new pricing team or your existing pricing team up for success? Or have you actually in fact set them up for failure?”

Think about those scenarios. Think about where they are. Are they delivering the results that you want them to deliver? If they’re not, just ask yourself is this because of the role, the accountabilities, the structure, there’s something wrong with that. We’re keeping, holding them back in some way.

Is there something that we could do to improve that? Because often there’s a lot of clues in just that area. Ask your pricing manager.

Are they feeling overworked?

What is it that’s on their plate that’s not making them or stopping them from delivering the results that even they want to achieve?

Because all good pricing managers want to add value. They do not want to be a cost centre. And sometimes, the very issues that are holding the business back.

So, it’s having that open frank conversation, asking the question. And being prepared to listen to them, change, and adjust the team structure. Because often, that will create huge benefits in the short term.

I’ll finish up with the old saying that “failing to plan is planning to fail.”

Getting results from price transformation is not a guarantee.

It’s only a guarantee and highly likely if you do it correctly and resource it correctly. It’s like a football team. If you don’t train, you’re not gonna win games. And that’s fundamentally for me.

It makes complete sense. Like why people are risk-averse. It’s an area that a lot of leaders and executives have got functional expertise in different areas.

Pricing might be a new area, especially customer-focused pricing. That’s where the market’s moving. Pricing is evolving very quickly. So, a lot of people get a little bit risk-averse when it comes to building the team and hiring somebody.

If you don’t know, ask the questions.

Be willing to admit that possibly you’re not sure about how much you should allocate to the pricing team. There are resources out there available to you.

And the best start is to diagnose the issues and work around your commercial requirements just to ensure that everybody’s working to the same tune. 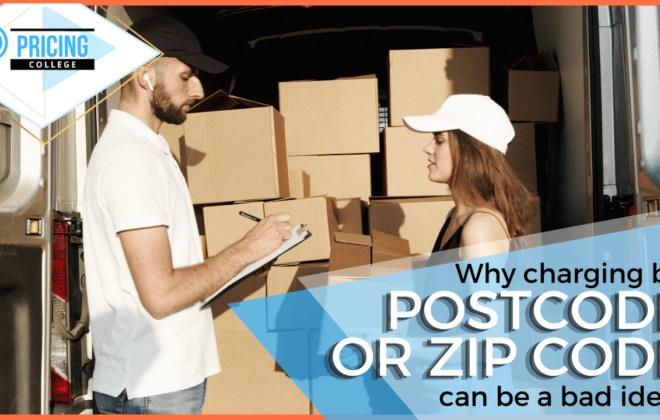 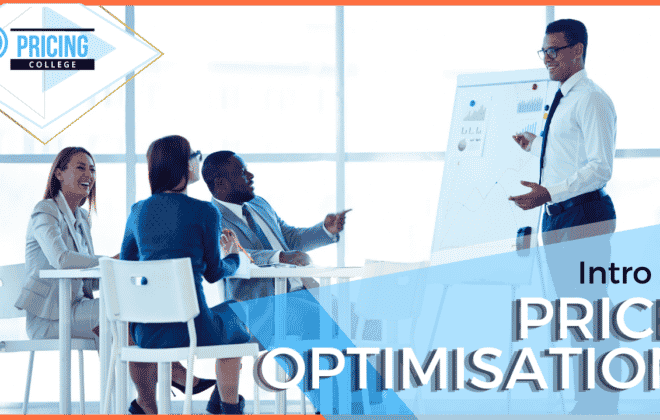 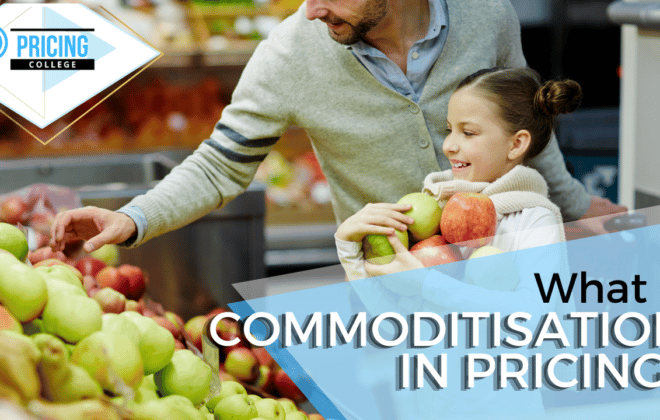 What Is Commoditisation in Pricing? 🍎 Podcast Ep. 9