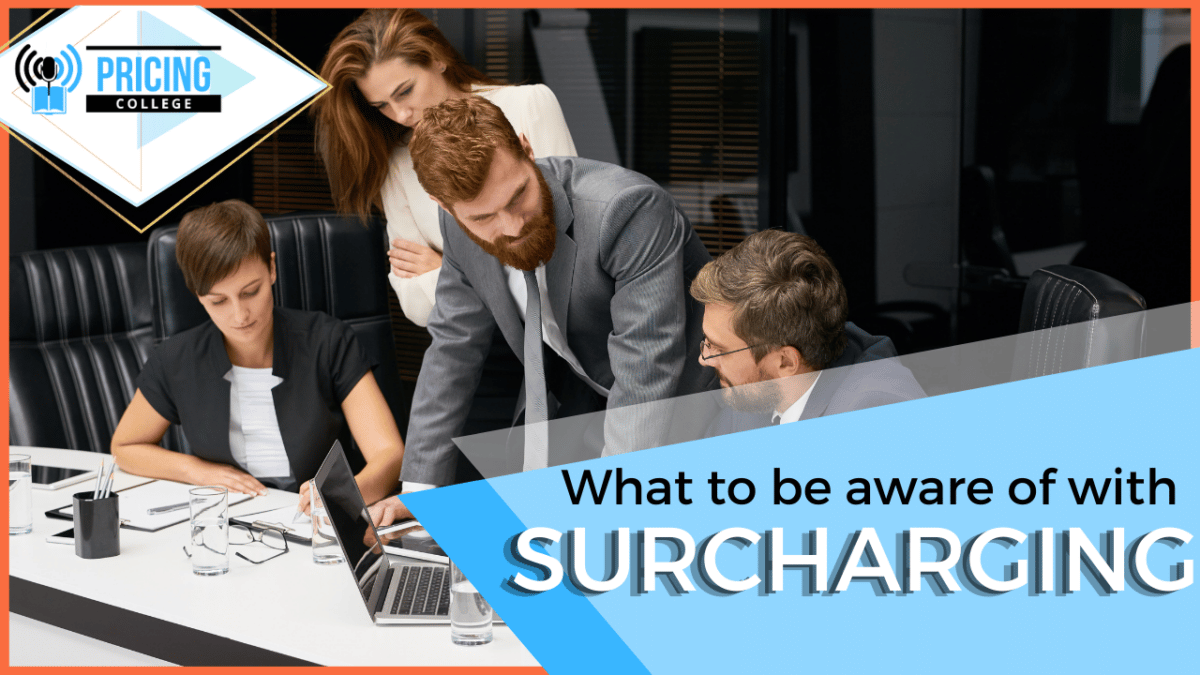 What to be Aware of with Surcharging ⚡ Podcast Ep. 99

Notes on the time-stamped show:

[01:05] Surcharging and adding a price on top of the unit price is an open book.

[06:26] Reframing and re-setting commercial strategy to value can help avoid the problems with surcharging.

What are the problems with surcharging?

This is the last episode before the Easter school holidays in Australia. So, pricing college is not out for the summer. It’s not out. We continue with our podcasts as we know how vitally important it is for you to get your pricing info.

In today’s episode, we want to cover the press recently, and anybody involved in B2B and B2C will be looking at surcharges, fuel surcharges, and different surcharges.

Basically, covering and trying to protect people from the rampant inflation that we’re seeing. Particularly petrol, fuel, electricity, all these aspects, with inflation hitting probably 7% to 10% in different countries.

But I think in today’s episode we want to discuss why it’s not always a win-win with the surcharges. It’s not always a one-way street. There are certain things you need to be aware of.

I’ve been saying this in terms of what Aidan was talking about. In terms of fuel, fuel fluctuates and businesses have to accommodate a lot of those costs now.

To a large extent, for many years, they’ve just let them absorb those costs. But now it’s become untenable with inflation to do that.

So what’s happening now is that businesses are pushing those costs down the value chain. Whether it’s with B2B customers, or if it’s B2C customers. In terms of fuel costs, that’s quite significant for both.

I suppose both of those sectors are but essentially, it’s looking at an itemising price. So you’ve got a unit price, keeping that fairly steady. But then they add a surcharge on top of that price to accommodate that fluctuating cost, whether it’s in fuel.

Now, I think the bit about surcharging and pricing like that is that it really is an open book, sort of cost.

You’re really explaining to your customers and itemising your costs at a line item. You think you’re sort of being smart by not really moving the price, unit price.

But really, what you’re doing is exposing yourself and really showing what margin you can make. Potentially, this could lead to a sort of more cherry-picking line item discussion or base back costs.

And for me, it’s a dangerous road to go down. Because then what you’re discussing is your costs as opposed to the value you generate for your customers.

I think we completely understand why companies are adding surcharges. Why are they increasing prices?

The first time I think I remember seeing this was on airline tickets a number of years ago, with the fuel charges, etc.

But I think the point we want to hammer home is that it almost sounds like an easy way to push through price increases. We realise that you have to do it.

But it’s not really value-based pricing; you’re distilling it down to cost-plus pricing. And with that, you’re almost exaggerating the negative impacts.

Problems with surcharging: Cost of Fuel

The example I’ll give with this is when you focus on a cost and your portion of a bucket, and that bucket is one of the temporary fuel costs higher prices.

There were a lot of issues, so the examples I’ll give now are in Australia. I think the Ukrainian war kicked off in late February. Oil prices went through the roof. They’ve almost doubled in a month and a half or whatever it is.

And then we got a lot of letters, or you heard about a lot of letters people were receiving saying fuel charges would be implemented. I think some of these letters are placed on Mondays. Then, on Wednesday night, the Prime Minister appeared on TV, saying we’re going to cut fuel tax by 20 cents.

If you’re invoicing customers on a monthly basis in arrears, for example, which many B2B businesses do…

Because that’s a very logical request from a customer. I know many businesses that received these letters. As soon as they saw the prime minister on TV, were like… “Well, hey, you know what, let’s re-discuss this because it clearly makes no sense anymore.”

Another example I’ll give is when you’re trying these things to government policy. What you need to be aware of is that government policy can change. What is in them today, and what might be politically good news next week?

We’re coming up to a federal election in Australia. There could be a change of government.

And one example I’ll give is the carbon tax that came in. There was a carbon tax on many different aspects, but I can’t even remember how long ago that was, 5, 6, or 7 years ago.

But then a lot of companies pushed through price increases that included this surcharge based on the carbon tax. Then, of course, law and behold, the government reduced or removed the carbon tax, even retrospectively. So it did not even apply for the period it was supposed to.

And what did that do?

That created, as I know of one example, in the waste industry, a terrible accounting issue. Where companies were demanding, customers were demanding literal cashback.

Some of the companies did not have that cash to pay. So when you really start charging, we are apportioning money against stuff that is becoming an accounting issue. And if that’s what you’re doing, you might even need to consider keeping money in escrow. 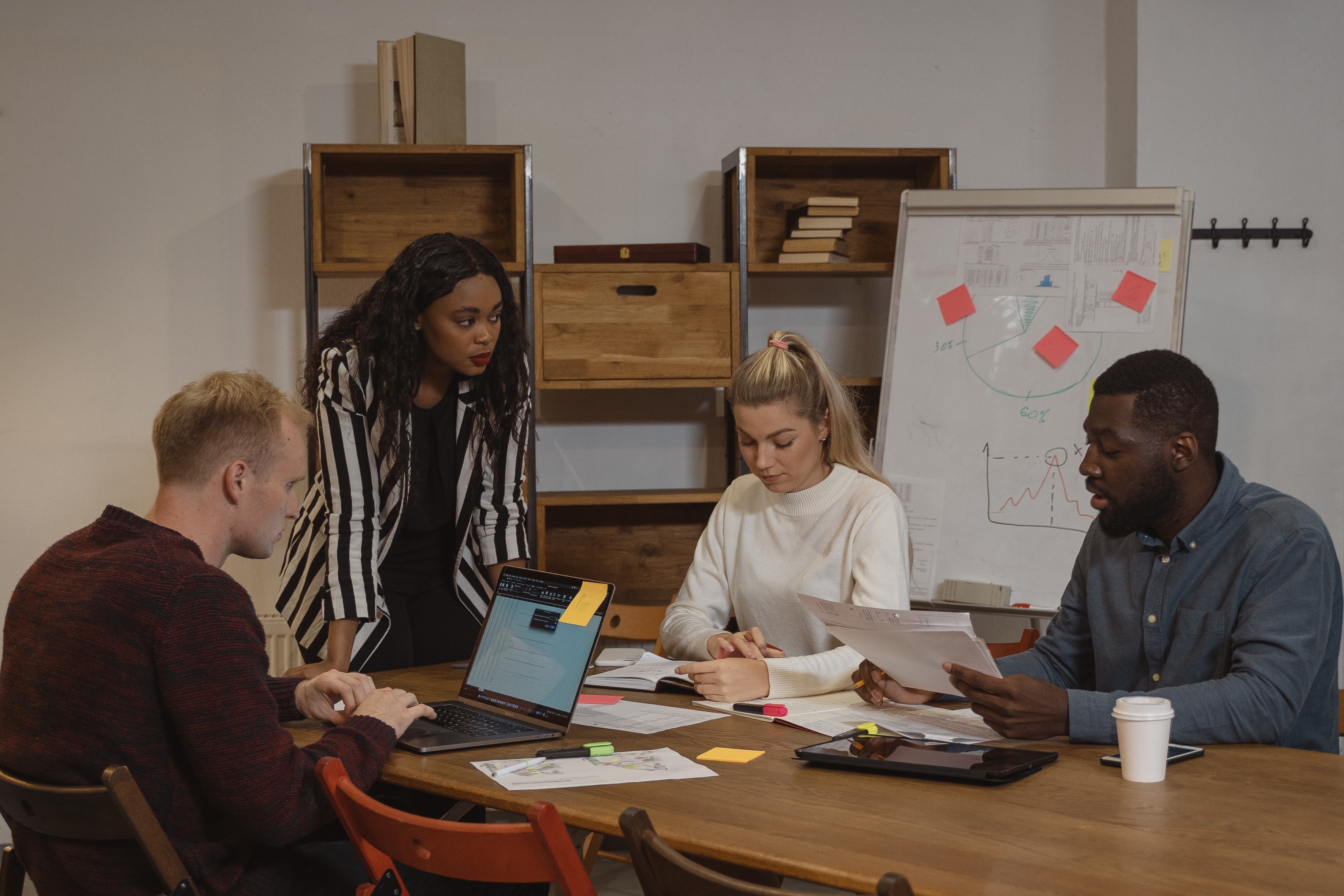 Bottomlime: Reframing and re-setting commercial strategy to value can help avoid the problems with surcharging

We’re seeing that a lot with clients who have these sorts of rising and falling causes within their commercial terms and contracts. Because of their retrospective view of costs, and this is not just in regards to fuel or everything really.

There are inadequate counting systems, IT platforms, and systems. They’re actually a quarter, potentially more behind the curve, and implementing these rise and fall causes that are really irrelevant by the next quarter anyway.

Then customers are just going, “Well, you’re way too overpriced,” or some customers are laughing and saying, “Look, we’re getting this for nothing.” And ultimately, what that means is that the business is significantly losing margin daily.

Purely because they’re focusing on these sorts of accountancy lead pricing mechanisms. And I suppose ultimately, there has to be a change, and we speak about this a lot on the program.

You’ve got to make a significant change in how you view and measure value in terms of business dollar value and profit value. And your new commercial strategy to get out of this accounting lead, which is very operational in lead pricing and business model.

Because they’re both intertwined. Because your customers will certainly tell you that your pricing method isn’t good enough for them. And they’re now moving across to other suppliers who have more transparent pricing.

I choose not to work with businesses like that because it’s very difficult to do business with them and even at an invoicing level, everything is much more cumbersome and slow.

When you’re looking at your costs retrospectively, how do you invoice, especially when your customers are complaining?

Then it becomes like an invoice by invoice change as your customers complain. It’s untenable. So yeah, there are big changes happening in B2B.

And unfortunately, that’s driven by panic and global changes. Inflation and other negative changes are forcing people to think differently about how they price.

But the upshot is that it’s leading to opportunity, new ways of thinking. And we’re seeing in Australia that people are progressively moving more to a value-based system.

Unfortunately, what they’ve done is limited and is actually now hurting them in terms of margin exposure. But there are plenty of opportunities if you just reframe it and reset your commercial strategy to value.

What I would say is, on this podcast, if you’re a regular listener, you’re more than aware that cost-plus pricing might have some flaws.

Because basically, you’re shouting at somebody.” Look at this cost.”

You’re literally saying, “Look at this cost on the invoice.”

So realistically, what you’re doing is exaggerating, enhancing the negative impact of cost-plus pricing.

It’s a bit like the “I didn’t do my homework because the dog ate my homework” sort of routine. It’s providing a reason.

Fundamentally, those reasons are not as good as actual value-based or more developed pricing approaches.

So yeah, it’s probably short-termism. Let’s call it “short-termism.” Obviously, it’s better to have a tremendous surcharge than to go broke.

We completely understand that. But just to point out, there are negatives, longer-term repercussions. And here’s what I was saying: every cloud has a silver lining. Whatever the opposite of that is, every silver lining cloud has grown. Do you know what I mean? Okay, I’m going to leave it there.

I think we’ve covered a fair bit there. If you have anything that you’d like us to pick up on that topic. Feel free to reach out to us and we can delve deeper into it. And yeah, we look undefined to getting some more feedback from our listeners. So in the meantime, have a great week and we’ll speak again next week. Thanks a lot for listening. 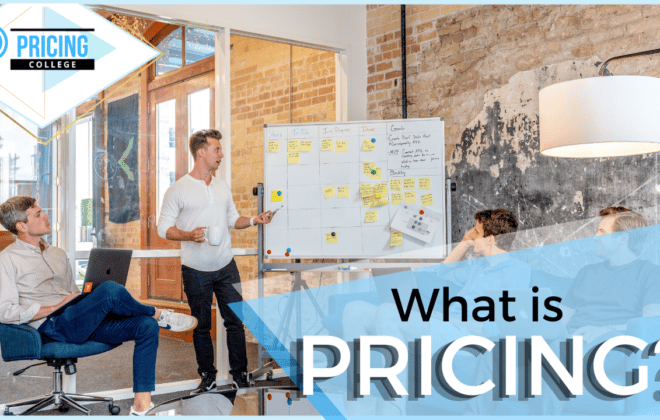 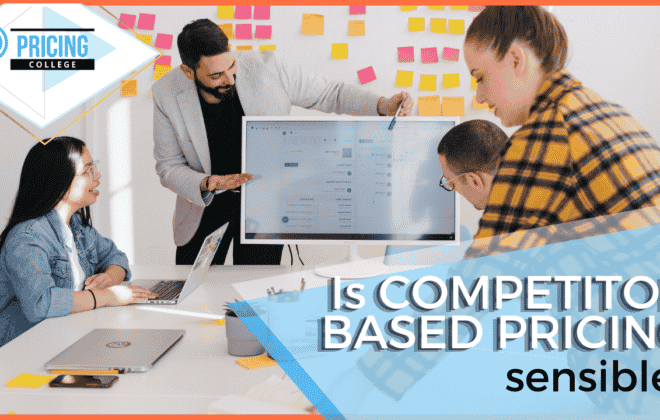 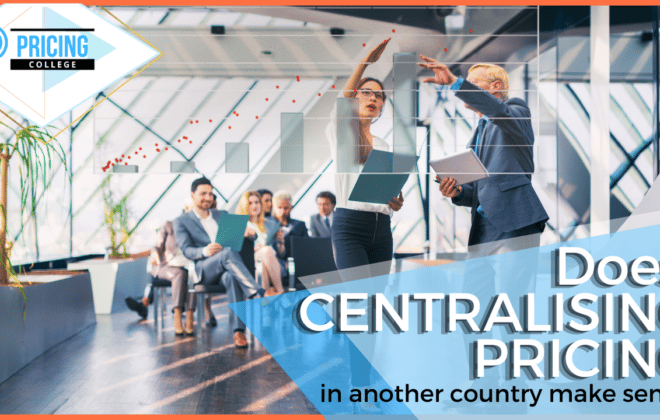