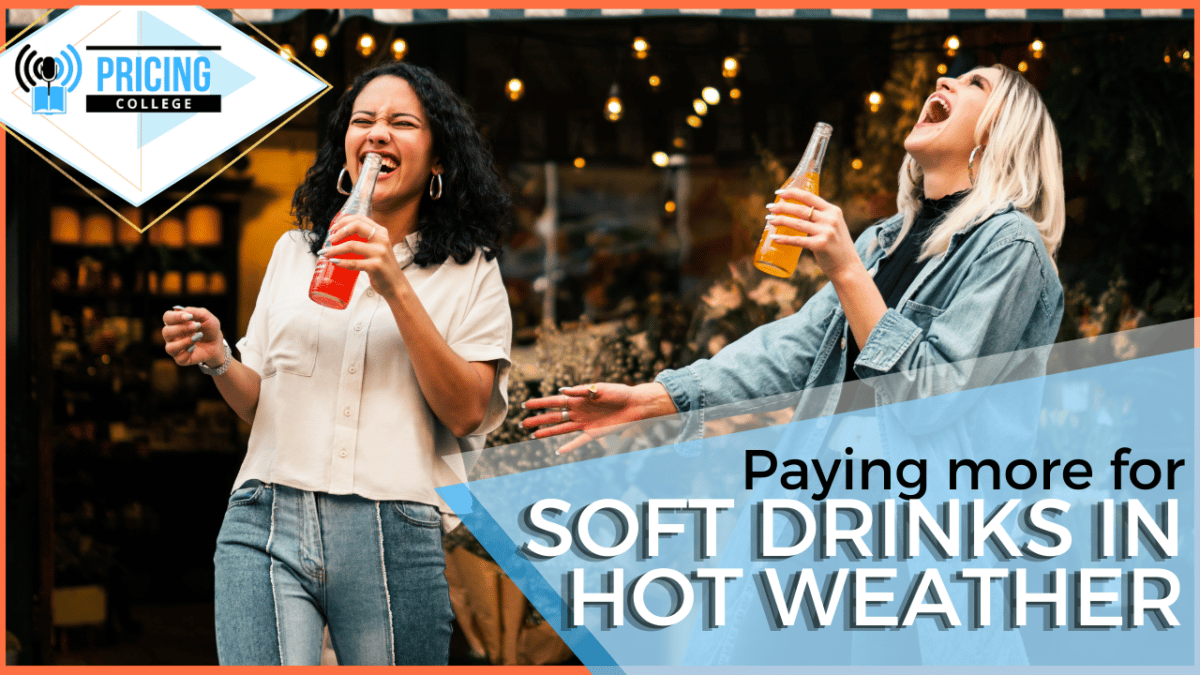 In this episode of Pricing College – we discuss the suggestion that Coca Cola considered altering prices depending on the temperature (Paying more for soft drinks in hot weather).

We discuss whether this approach would work for a business and what things should be considered.

We also ask, “Would there be negatives to business reputation?”

[01:17] Does weather affect consumers in paying more for soft drinks?

[01:48] Aidan talks about how the locations affect the buying behaviour of consumers

[06:00] Does an increase in the price affects the elasticity of demand?

Are consumers paying more for soft drinks when it’s hot?

Today, we’re gonna talk about quite an unusual case study involving Coca Cola… and apparent allegations of Coca Cola increasing prices when the weather gets hot.

So, at the moment today, in Sydney is the first day of spring 2020. We’re very thankful that the weather is finally heating up.

But there is, whether it’s an urban myth or a story, that there’s not much evidence of both. But in the late 1980s, Coca Cola attempted to increase pricing. Or, at least test the increase in pricing for their products based on the temperature on that day.

It’s a form of dynamic pricing based on ambient temperature.

I supposed in this podcast, we want to discuss…

How do locations affect why consumers are paying more for soft drinks?

Maybe those are the instances where you go… “You know what, I would pay a bit more for an ice-cold can of Coke. It’ll keep everyone happy. We’re thirsty! It gets the job done.”

I suppose in practical terms, obviously, there’s the operational aspect of this. And it really could only have worked in a theme park or a vending machine system outside.

The machine must have had a temperature gauge. And also given Coca Cola corporation itself has complete control over the pricing. The ability to set the pricing in convenience stores and supermarkets couldn’t have worked.

So, on paper, it does seem to be sensible. When you think about it, at least a first inspection when the temperature increases, you’re walking around a lot. You’re probably thinking… “ I’m getting dehydrated, I could do with a nice refreshing soft drink.”

That is the initial impression. There’s a lot more complexity to it that we really would need to dig through.

So, evidence, price elasticity modelling, and connecting that data on price and volume increases based on the weather would be quite difficult to track and monitor.

So, there would be that sort of data-driven elasticity modelling occurring.

But they’d also need information and consumer surveys directly from people at that time and connecting the two would be quite difficult. And getting that sort of price point based on that evidence, I’m not sure how possible that would be.

My personal view is that if they did do this exam or this testing, it didn’t work.

Because obviously, we don’t see this in operation, currently, in 2020 – almost 30 years after this was supposed to have been experimented on. The only thing I would say is potentially when we think, “Yes, we will drink more when it’s a hot day versus a cooler day.”

So, you’re already there on a good weather day. So, the temperature differentiator will be small. I can potentially believe that you will consume more soft drinks.

The other thing I say is, let’s be honest. The average person visiting Disneyland does not have to be encouraged to consume. They’re generally quite famous for consuming a lot of soft drinks and fast food and those sort of things.

I don’t think there’s ever been a major problem at the theme parks and not getting people to eat enough or drink enough sugary products.

At theme parks, I think there’s like a price premium added just as you go and walk through the theme park gates.

And you know that you’re gonna pay a price premium for every single thing that you buy up throughout the day. People are sort of almost not willing to pay those prices. But they acknowledge that will be the case and then adding yet another premium on that just because it’s hot.

Maybe they did get some elasticity data from that and just saw the volume drop off. And that’s why they don’t do it anymore. Who knows?

There is a certain point that you can’t go over and maybe the people responded badly to that. But at the same time, as Aidan said, I’m not sure that is something that probably worked well for Coke can also.

Let’s think about it. In the theme parks, they tend to only sponsor maybe one or two products. For instance, one theme park would go for Pepsi, the other would go for Coke. So, putting a premium on that when there’s no alternative may not be a good idea either. 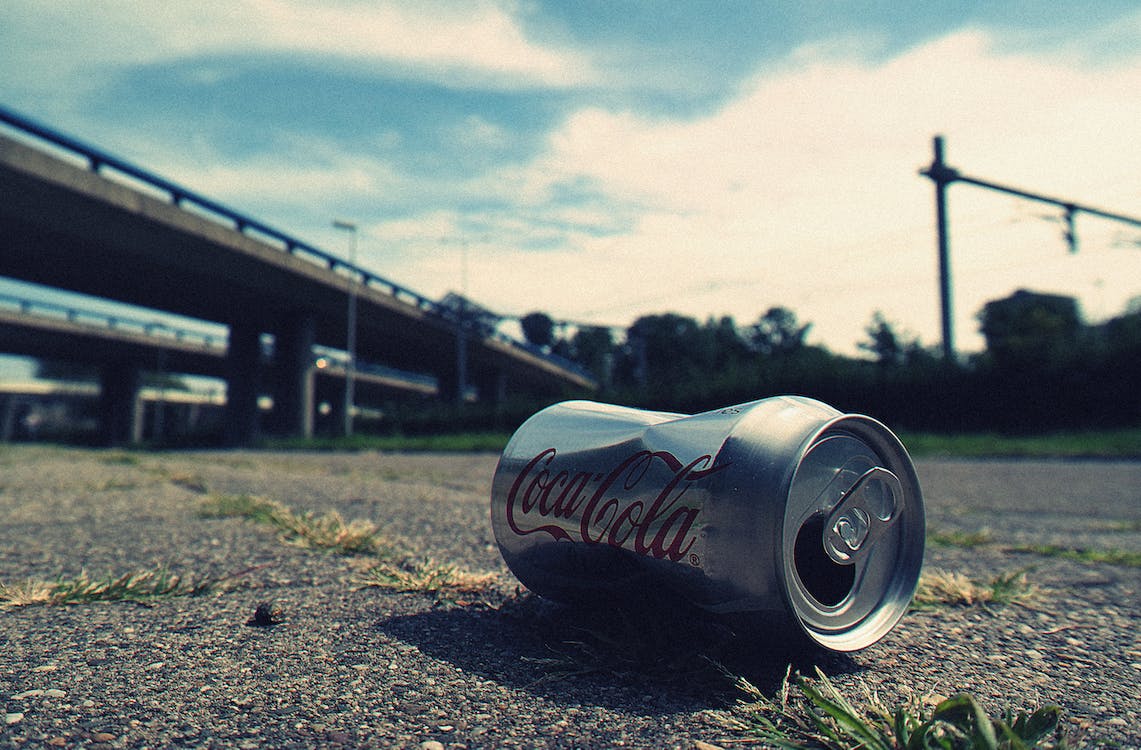 Bottomline: Do price increases affect the elasticity of demand?

I personally don’t think you’re going to be swapping between different brands like increasing the price. I don’t think that the elasticity of demand would be hugely different. Or, I don’t think there will be a great slope based on temperature and certainly when it’s a certain bandwidth.

I personally think people will consume roughly the same amount of beverages. And I think if you try to increase that price too much, you will probably decrease the demand for the drinks. People might go and just get one instead of two or may share one with the kids, etc.

So, my personal view is that it’s probably isn’t something that would have worked.

On initial inspection, it sounds good. But I think what you’re doing almost is you’re taxing people for a driver of why you’re purchasing the drink.

It’s been sold as a refreshing product when you’re thirsty. It’s almost like you’re penalising people for the value add. I would almost say it is a marketing negative. And certainly, people became aware of it. I think there could be bad marketing and reputational impacts from that.

One of my favourite aspects of Coca Cola is they’re often credited with being these marketing geniuses.

So, that’s all for me today on the coke and temperatures! 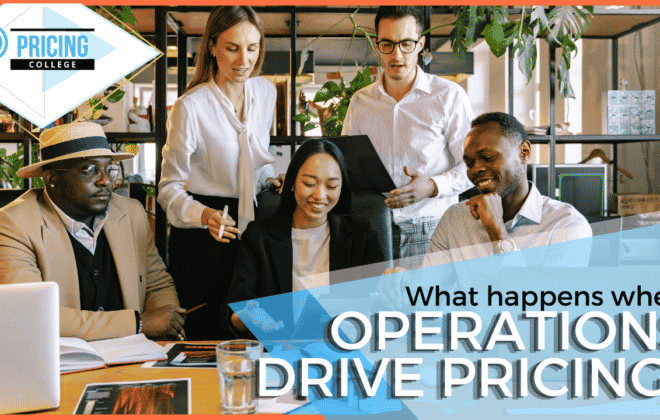 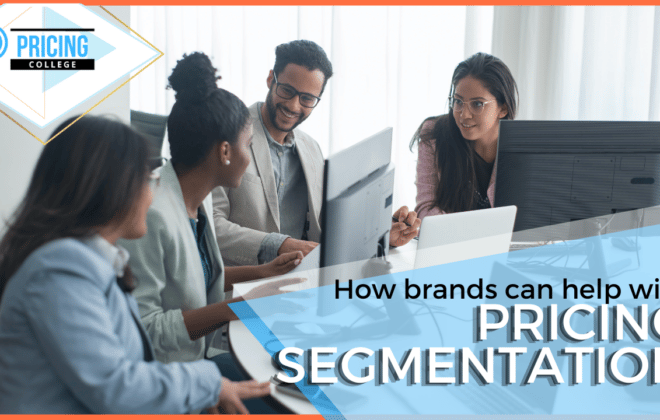 How Brands can Help with Pricing Segmentation 🏷 Podcast Ep. 52 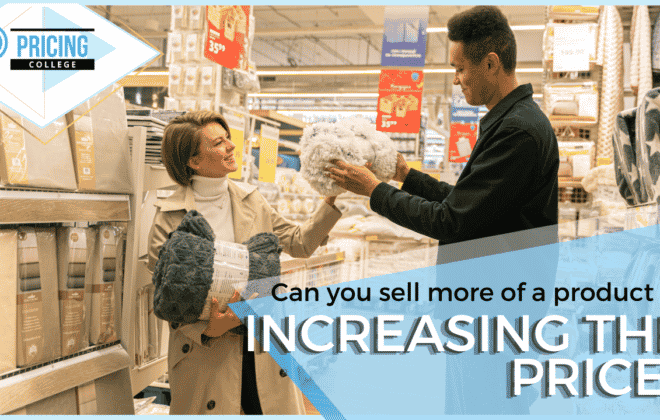 Can You Sell More of a Product by Increasing the Price? 💰 Podcast Ep.18