If you have ever seen Field Of Dreams with Kevin Costner – you will know the saying – build it and they will come. This often seems to be the approach of many companies, operations drive pricing – where they build a product and then simply expect sales and marketing to sell it as is.

What could possibly go wrong?

[03:21] How does fuel companies change from refinery business to customer-focused business? Why do they optimise their operations? Do the operations drive pricing still in the business model?

[08:02] The reason why fuel companies changed their business, from operations drive pricing or do a cost-plus to customer based and offer what customers really want.

What could possibly happen if operations drive pricing?

In today’s episode, we want to discuss that very common type of business where how the businesses run is almost upside down or reverse.

So rather than in the episode, we covered with Apple where it’s all very customer-focused. And looking into the value that’s provided to customers. It’s done the complete opposite. Whereby it’s almost like Kevin Costner in Field of dreams build it and they will come.

A lot of businesses have been obviously built in that way. We’re gonna set up our business in this way and our operations are going to be like this. Then from here, we’ll set our prices accordingly to cover our costs.

I’m thinking in particular, examples like fuels, postal services. Those two in particular even energy were all set up thinking about their operational network, the CAPEX, machinery, etc. And then pricing is sort of like an afterthought.

Yeah, literally to cover costs with a margin on the top, simple cost-based pricing. And now we’re seeing these traditional businesses that are very operational. Internal focused are now transforming. And this is having a huge impact on how they’re priced as well.

I think a lot of these issues stem from a cost-plus focus.

But you’re not really looking at, why does the company exist?

So in reality, if you’re saying build and they will come. Potentially that will happen you obviously have to build it. But there’s no feedback mechanism. There’s nothing the actual drivers that are leading to what’s been built often they’re quite opaque.

If you’re in charge of the CAPEX if you’re deciding what to be built.

And it’s always their fault for not doing the job well enough. I think every salesperson knows this whereby their product or service is inferior. But they feel they’re always getting shouted out internally or on the back foot.

So, I think it’s almost a new setup in the reverse order. It’s almost an inevitability that the sales team will be under pressure and will eventually get burned off. 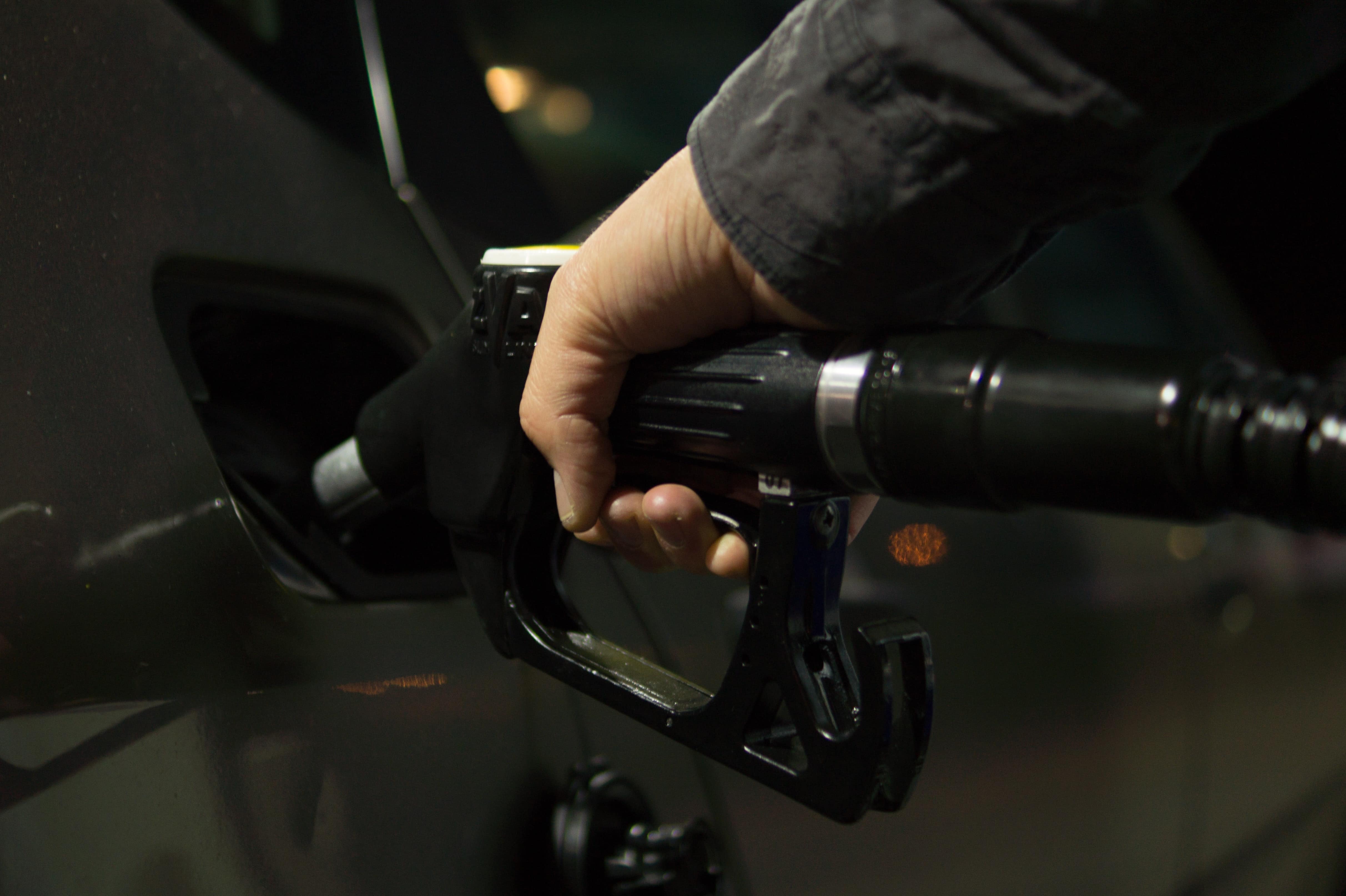 How does fuel companies change from refinery business or operations drives pricing to customer-focused business?

I think that’s true. When that starts to happen rather than sort of blaming your sales team for not winning the deal.

I’d say maybe 70% of the time if you asked yourself that question. You’d actually find that that is the question. That’s the answer that you have a great business.

But now the operations are outdated. You’ve got to start thinking differently about how you’re going to deliver that value to your customers. Because potentially what you’re doing is too costly.

This is why I mentioned fuels as an example. I mean a number of fuels companies around the world now have optimised their operations. They’ve changed how they do business.

They’ve gone from a refinery business to now a more customer-focused retailer, that’s a huge change.

The reason being, why did they do that?

Well, if they continue to think of themselves as a refinery. Its huge costs of operational costs, production costs, drilling, refining that oil. It takes a huge amount of effort and it gravitates the whole business into thinking, how are we going to cover our cost?

So now what they’ve done they’ve like optimise the procurement process and source refined oil from around the world. And distribute it by boats across to Australia and various countries around the world to cut costs.

So that made them also think, well if we’ve cut our costs, how can we maintain our pricing?

What are you actually selling now?

And they realised we’re selling fuel but we’re also selling convenience from our stores. People want to come in when they buy their fuel and grab products from our store, milk, bread, nappies, whatever. We should be pricing that accordingly and getting a premium. So it completely transformed the business.

So prior to that the sales team from the B2B side would have been blamed for not getting the deals across the line in the old model as a refinery business.

But now it’s a seamless model and the whole business is looking at how they can optimise revenues by looking and by rethinking their operations rejigging things around. Rather than thinking about pricing as an afterthought. Thinking about as an integrated within the whole transformation process.

I think two of my points I’ll make you at the end.

(1) I suppose the first one is a lot of people go oh, but you need to be a visionary. You need to come up with something new that the market will want. And that’s where operational excellence comes in.

Maybe some of the more scientific people and the real product improvement people come in. The old famous saying is Henry Ford, “if I’d asked people what they wanted, they would have said a faster horse”. And like of course, that is completely true and there are visionaries out there.

What I will say is there aren’t that many, there are very, very few. Those are the ones who built huge businesses that are incredibly successful with newfangled ideas. The reality of it is 99 point something per cent of companies aren’t that business. And they are not the relevant topic obviously there has to be a feedback loop.

(2) The other thing I say is if it’s purely run by operations and sales are not being listened to.

Because obviously, you can from a CAPEX and accounting perspective it’s cheaper just to turn out the same old thing. Rather than reinvesting reinventing putting money into R&D etc. Why would you do that if you don’t have to?

So, fundamentally, if you’re not listening to customers. We always talk about customer-centricity, it’s always a buzzword, it’s almost a cliche.

But yeah and fundamentally, you only exist, we’re only doing things. Because somebody somewhere wants their product or service at the end of the line and everything else is just a delivery mechanism.

I think just because I say that you can have visionaries and operations that transform business models and price integrates pricing within.

That doesn’t mean that the visionary didn’t think about the market the customer. Because thinking back about the example I gave with fuels.

The question I had to ask is, do our customers really value great quality fuel as much as we assume they do?

Because that’s what our old operational refinery models built on. We want to get the best quality petrol and fuel out there. What they found was actually no.

They want convenience. They want the experience.

A good experience not just a transactional experience and a dirty suburb petrol station and they want it all. So these questions drove operational changes. From there all these other innovations in operations occurred.

Then you get that sort of epiphany moment where you go, “Aha!”.

This is where pricing actually drives and it’s highly connected to the operational business model changes. It’s not an add on thought where we just go over we’ve covered our costs and let’s not just have markup to just reach our margins.

So that yeah, I think it’s a great question in terms of, how much do operations influence a business?

They still do. I think the takeaway I would say is, don’t let it overrule thoughts. Because, in a way, it makes you become more internal-focused. And all you think is I just have to do these operations well much better than anyone else to win the market.

That’s just not the case anymore. You’ve got to think about different industries, new innovations, what customers want. And then question how you function and work as a business and evolve. What Can We Learn from Restaurant Menu Pricing? 🍴 Podcast Ep. 23 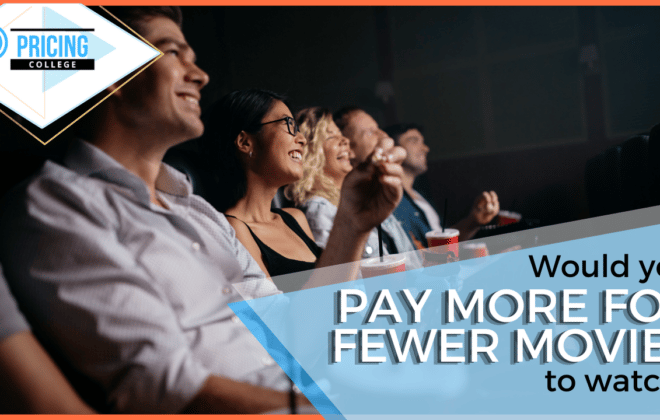