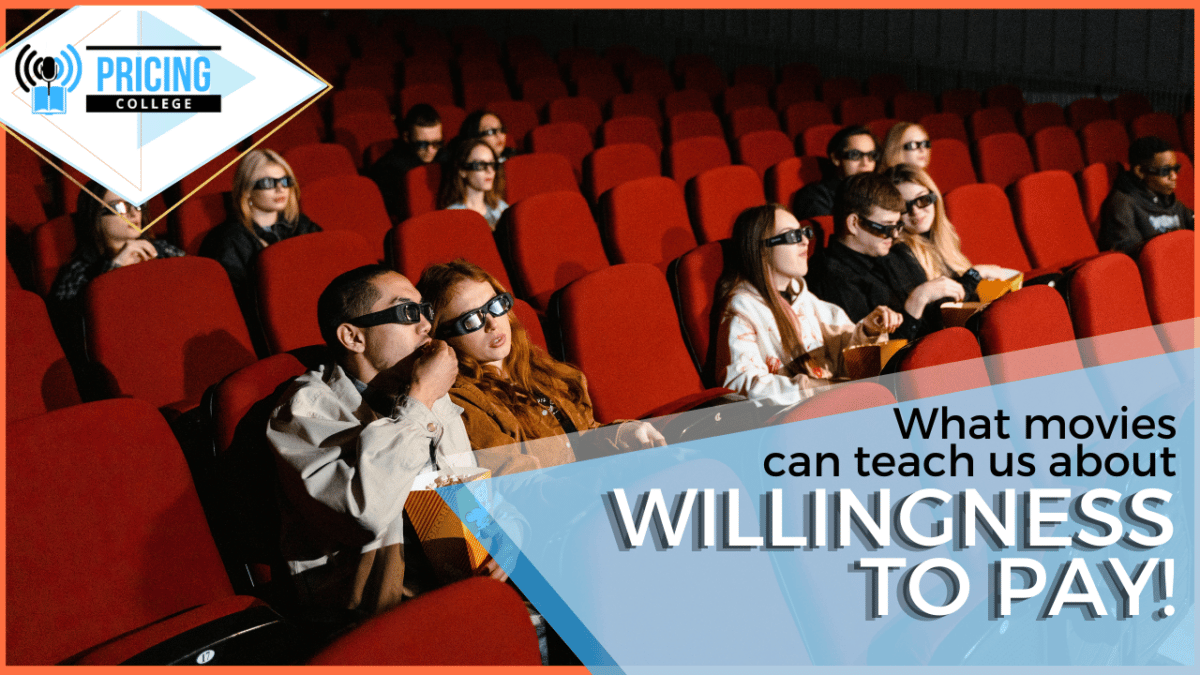 What Movies can Teach us about Willingness to Pay! 🎞Podcast Ep. 49

In this episode of Pricing College – we discuss how Hollywood studios used to discriminate based on willingness to pay (movies teach us about willingness to pay) and use different distributions methods such as cinema release, video stores, pay tv and finally free to air tv.

This has of course changed due to technology – but is the new system any better?

[01:19] Hollywood use technology and do market segmentation and how movies teach us about willingness to pay

[02:50] The way movies teach us about willingness to pay was used as a segmentation strategy by the Hollywood

[04:04] Digitalisation did change the model and its effect on customers segmentation willingness to pay

[06:16] Aidan explains the concept scarcity leads to people wanting things more in relation to movies teach us about willingness to pay

[07:32] Joanna talks about why the old movie business model is an inflexible model

Do movies teach us about willingness to pay?

In today’s episode, we want to talk about movies. I think everyone’s probably sick of staying at home and watching movies over the last six months.

But it’s made us think about the changing business model. And potentially the pricing model of Hollywood and global cinema from the 1980s to today.

Remember back in the day you’d be so keen and excited to look forward to the new movie release. That you’d be prepared to queue around the cinema block just to watch the latest blockbuster movie.

But we wanted to look at this as a sense of excitement, willingness to pay, prepared to wait for something exclusivity as a way of customer and price segmentation today. And, how effective it has been for the movie industry.

Interestingly, some people argue 1998 was the last great year of Hollywood but I would say that getting old. But if you look at how Hollywood movies were distributed in that period.

Let’s say the mid-1990s was a classic example of using the technology at that time to segment the market based on customer willingness to pay.

So basically providing the same services or media, which was the movie. Some were shown on a big screen, some are shown through videos etc, but the content was the same. But what they did was they had very strict.

A very regimented system of delaying release on those movies on different platforms to take out every possible dollar from the customer, based on their willingness to pay.

It would start from the cinema so, you’d open in the cinemas. Once that was exhausted it would then move to the video store, to Blockbuster etc, which we covered in a previous episode.

After that was exhausted, they would move on to Pamper television, satellite or cable. And once that exhausted, it would eventually drop down into normal TV. Or, free to air  TV for the people who weren’t willing to pay for it. But there were still a few more dollars to be picked out of the product.

If you can recall there are much more like restrictions on the movie IP because of the sense of exclusivity in a way.

There be lots of anti pirating laws. There be lots of rules and regulations prior to the movie starting both in the cinema and also on the video. You’d see those big quack signs going whatever you do just don’t copy this film.

That was all because they had that very strict guideline as Aidan was talking about release dates, about protecting IP. Making it a very special event for people. But also you’ve got to consider making the movie itself is a very high cost. They’ve got to think about covering their costs and making money on top.

So this type of segmentation strategy based on time and exclusivity enabled the cinema industry and movie industry to do it at that point in time.

They didn’t have the customer insights and analytics to then really drive further into the price and customer segmentation which they’re doing now. But at that point, this is what they did leverage.

I think on the protection of the IP and the building barriers around the product.

If we said the cinema, they did hammer home that Intellectual property theft. All those things were pushed. There used to always be stories about people videoing using camcorders in the cinema to capture that. And trying to sell bootleg copies of the movie.

There are a lot more strict controls in place. I can’t remember the last time I saw one of those trailers before a movie whether in the cinema or on Netflix. And, I don’t think I’ve seen one in a number of years and to be honest that has changed.

I suppose the whole system with digitalisation did change, with Napster, downloading, pirate bay and these sort of websites.

I can’t remember what they were doing but they were sharing files from the early 2000s. This all started began to change with the demise of the traditional video store.

The blockbuster collapse and the introduction of Netflix and more streaming services over the last 10 or so years. That model has changed.

My question is, has the industry got to a new level or a new platform that it’s used to that is profitable in the longer term? And I’ll be honest, I don’t think they are segmenting by the customer willingness to pay, as well as the way that traditional or older model. I think about that older model I suppose it’s very one-sided it does protect the interests of the movie industry.

As Aidan was saying, people are trying to go outside of that system and trying to watch the movie before the official release date. That showed that the model itself was inflexible and it wasn’t appealing to the audience. The audience wanted to consume that movie beforehand. But the movie industry wanted to regulate everything.

It just shows that sometimes business model has to adapt in a way that does not think about your audience. And what they want and keeping it from them can be detrimental in the long term. Even though it’s profitable for the business in the shorter term.

I think this is going to be one of the few times where I disagree with Joanna on this one.

I do think in the movies where it’s seen as a luxury thing and night out. It’s a Glamorous Night at the movies and that’s promoted with red carpet, premieres and these sort of things. Where the celebrities get to go in before you do, even before the cinematic they get to go first.

Those sort of concepts lead to it as being glamorous or a big night out. An acceptable way to spend your Friday or Saturday evening, whether like a date night or whatever with a family, etc. But I think it’s that scarcity leads to the hot new movie to see.

The new Tom Cruise movie or whatever, again I’m showing my age about the early 90s. I do think that glamour about the movies even led to the next when it went down to the video store.

You went to the blockbuster. Say you went in on a Friday night and you’re hoping to get the copy of the limited number of VHS copies of that hot new movie. And even then people were still clamouring over to get those movies.

Personally, I think in this aspect is to create a sense of anticipation on scarcity leads people to almost want to watch it more.

I’m not disagreeing with you.

I just think in terms of scarcity what we’re talking about is segmentation here of experience.

Through having that older inflexible model what they found is some of their audience wanted to consume that movie. And they didn’t want all the glamour glitz and sort of red velvet rope experience.

So even with the experience what I’m trying to say is that the older model did appeal to people that were interested in the movies that couldn’t wait to see it. I loved the anticipation that in itself is a segmentation of a particular customer group.

But there’s another type of group that just wanted to consume. And disregarded any of the Hollywood glitz and glamour that you were talking about.

In a way, they’re sort of the more in my mind Netflix people.  They would like to love movies and consume them. But they wouldn’t bother going to the cinema. Don’t like that sort of Hollywood experience and can do without it. For that reason, we have got all these different types of businesses. Bottomline:  Cinema market flattened and movies teach us about willingness to pay are now low

I think that’s true. I think you could almost argue. Does life follow art? or does art follow life?

Certainly, at the moment we’re in more of a kind of disposable culture and the movies we watch people surf on Netflix to find the one to watch. They don’t commit a large dollar amount to it and watch the movie. I don’t think they were excited about it in advance. They weren’t seeking out that movie.

It’s very difficult for them to delay and put the barriers around the different methods of showing the movie.

The runs in cinemas now are shorter than they used to be in the older days as there’s a rush to move things as digital will become available quicker and quicker.

And obviously, the world is now a global market. And so even keeping slowly releases from one tab to another has decreased which used to be very common.

But as a movie fan myself, I would argue it does. And with that lack of willingness to pay from consumers the quality of movies has become much blander and popcorn-esque.

That’s why Netflix is becoming more popular when you think about what it offers.

The type of films, general interest, documentary as a whole but it’s all very middle of the road sort of stuff we’re not appealing to the extremes anymore.

Maybe cinema 20 years ago, as Aidan was saying that does more highbrow even though it was still appealing to everyman. But over time the fact is people are just interested in consuming films.

It’s more disposable it’s very much like I can see trends with films and diet and how eating it’s all coming to that very sort of almost lowest common denominator. And we are missing out on sort of introductions to better thoughts better idea as a result.

I think that’s it for me. I think we’re going to do a couple more podcasts around the entertainment industry and movie industry. So I think we’ll leave some of the other concepts to them. 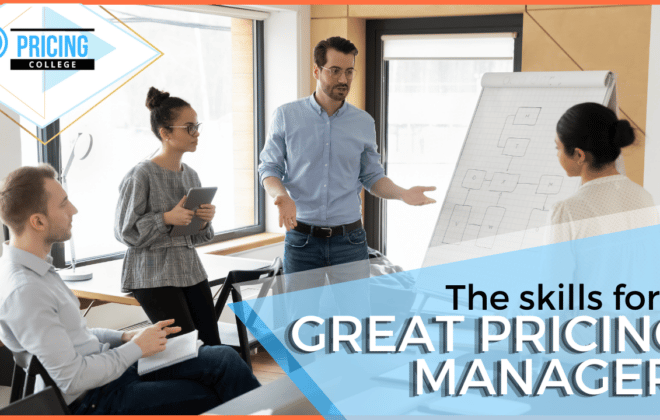 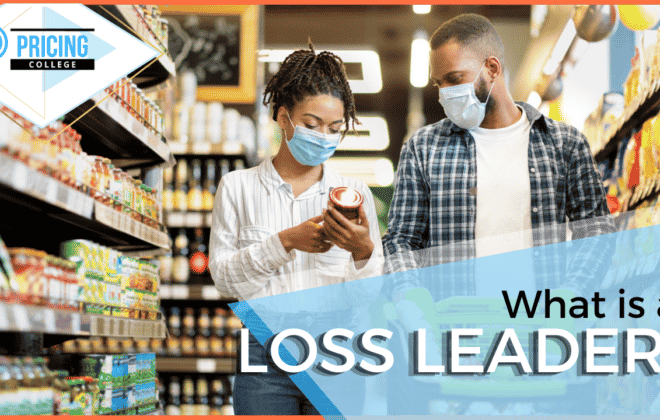