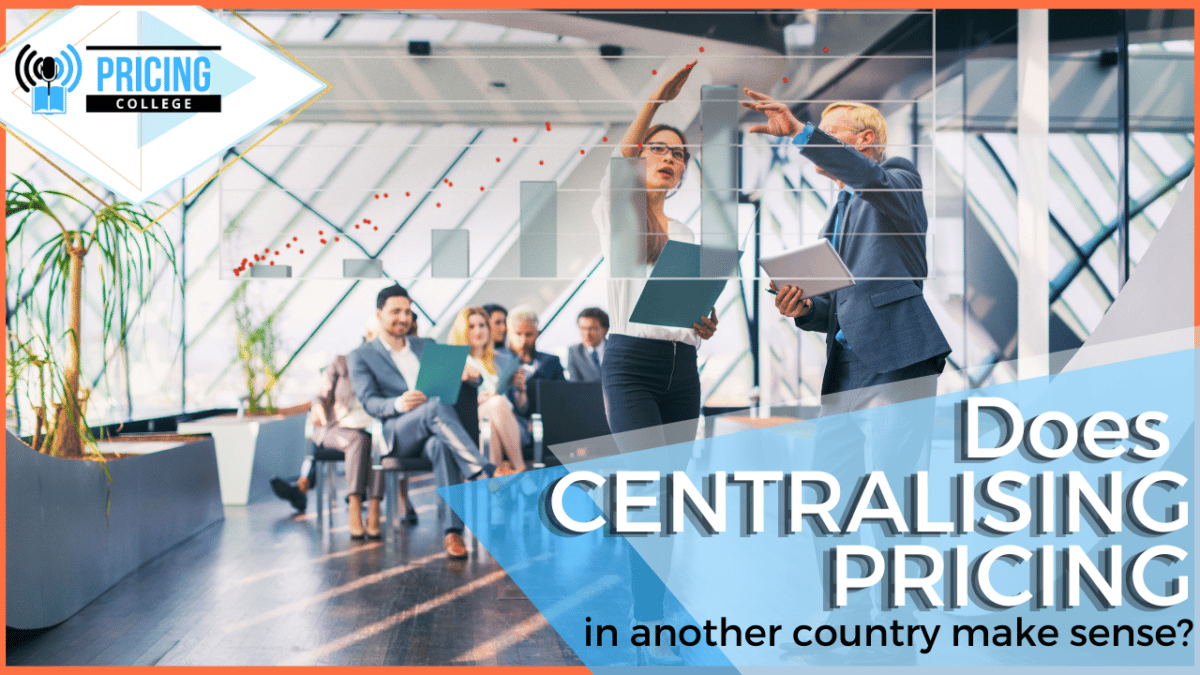 In this episode of Pricing College, we discuss whether it makes sense the centralising pricing functions for large companies.

In recent years – we have seen multinationals seek to centralise pricing in certain cities – i.e. a centre of excellence – and have even see pricing for entire continents being centralised.

This can have pros – and also lots of cons.

[01:12] Examples of companies that have gone centralising pricing in another country.  How does price centralisation work?

[03:09] Centralising pricing in another country may or may not be applicable depending on the products and services the company is offering to the consumers.

[04:56] Joanna explains why centralising pricing in another country miss out on the pricing power and price optimisation

[07:16] With commoditised products, does centralise pricing in another country effective? Or, having local pricing is more engaging with the customers?

[09:08] Number of reasons why centralised pricing does not work in Macdonalds India.

[10:56] People from the different regions have different value drivers

What is centralising pricing?

In today’s episode, we want to talk about probably a trend we’ve seen in recent months and years where larger corporations multinationals have a trend or intention to centralise their pricing function.

We’ve even seen companies talk about centralising pricing for all of the Asia Pacific region. Which is let’s be honest, a huge region. They’re picking one centre of excellence, maybe Singapore or Hong Kong, wherever it would be Kuala lumper and centralising it all there.

I suppose we want to talk about it…

I think we’ve seen that trend, as Aidan was saying, with very large companies. I can think of two specifically at the moment that occurs.

Rio Tinto has done it, they’ve centralised all their pricing strategy operations people within Singapore. And also Dell has spent the last couple of years doing that. Gradually migrating people from Australia to Singapore, and building that centralised pricing capability there.

Other people are following suit, but they’re really looking to see if it’s working from these bigger companies.

I think, partly it’s been done through maybe a cost management optimisation perspective.

Also, as we all know, centralisation and pricing analytics is good. So you get an overview, dashboards on different activities. It’s good for one team to oversee all of that, to make decisions quickly.

And you know what, I think still companies don’t have an answer to that and they’re really just testing and learning and swapping between the two. And there seems to be a correlation between migration to Singapore when the economy dips.

So, work does indicate a cost down initiative, more so than because the answer about whether it’s effective or not, hasn’t really been answered in full.

So to draw a conclusion on that, I don’t think you can say. I think each has strengths and weaknesses to it, which we’ll continue to discuss.

Centralising pricing depends on the products and services you are offering

I think it depends on the product or service you’re selling. If it’s a product, let’s just take an example and work through it.

Let’s take an example of a Rolex watch or any luxury watch or, or any brand where some say, high fashion or hook couture or those sort of things.

Whereby it’s a uniform product. It’s not varied in 99.9% of cases by territory. It’s very similar. People can check it on the internet. You can buy it overseas and have it posted to you through Amazon.

In those sorts of aspects, to be honest it does make sense to me to centralise pricing, whether it’s Switzerland or Singapore or wherever else.

In those instances, if a company is building their brand, working on what the company does, getting the brand messaging through marketing those aspects. Yeah, it makes perfect sense to not allow arbitrage between different countries, if the product doesn’t rot away like a food product, and if it could be posted.

So yeah, you probably would want reasonably uniform pricing across many territories where you can protect it. I would say a watch will be a classic example, a handbag or even a pair of shoes, etc.

Obviously, when you’re getting to other things such as services that are consumed in a country. That can’t be exported, that can’t be shipped abroad those aspects. It becomes very different. It’s a whole different ballgame.

And if you need market intelligence, market knowledge on the ground like let’s give example selling bananas. If you’re selling bananas, a completely different thing, where you consume that banana is vitally important.

It’s very different depending on the product or service. 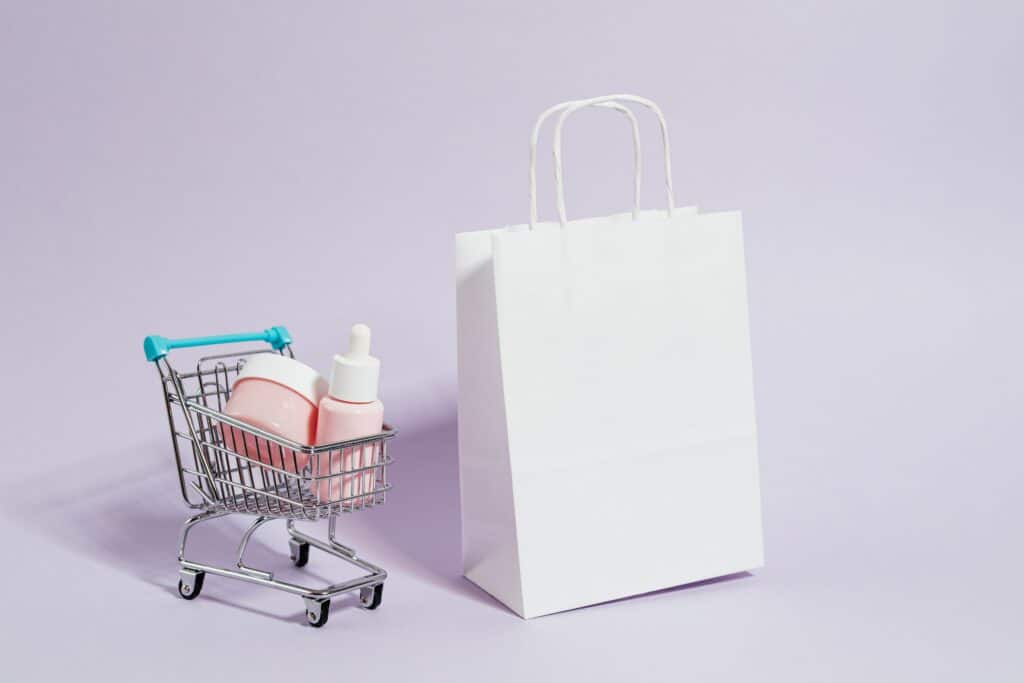 Why do centralising pricing in another country miss out on the pricing power and price optimisation?

I think in terms of that I believe especially in terms of COVID shown markets can change very quickly. People’s preferences, how they consume, even luxury goods, groceries is changing.

So when you say like, centralise even Rolex watches to Singapore. Does that in some way miss out on the key component of unlocking pricing power and price optimisation? Which is understanding how people consume.

People do consume differently even if it’s a standard product.

And in that sense, you miss out on those, what 20% additional price premiums that you could have got even for luxury goods.

It is the secret sauce to pricing is to understand markets and customer preferences. And sometimes you’re just ripping that away when you move it to another country.

So in some way yes, centralisation is good for control and efficiency.

You work within your means in terms of pricing within your bandwidth. Everyone sticks to that, the rules are clear.

But then when there are whitespace opportunities or changes in the market. Then you miss out on new revenue opportunities. You become less agile as a result.

In that respect, also execution becomes very difficult, it becomes slow and laboured. The communication between teams and regions becomes slow. Everyone just works literally to the same rulebook, playbook and things get lost.

When one country becomes one segment. You miss out on that micro-segmentation where you get all of your price premiums. 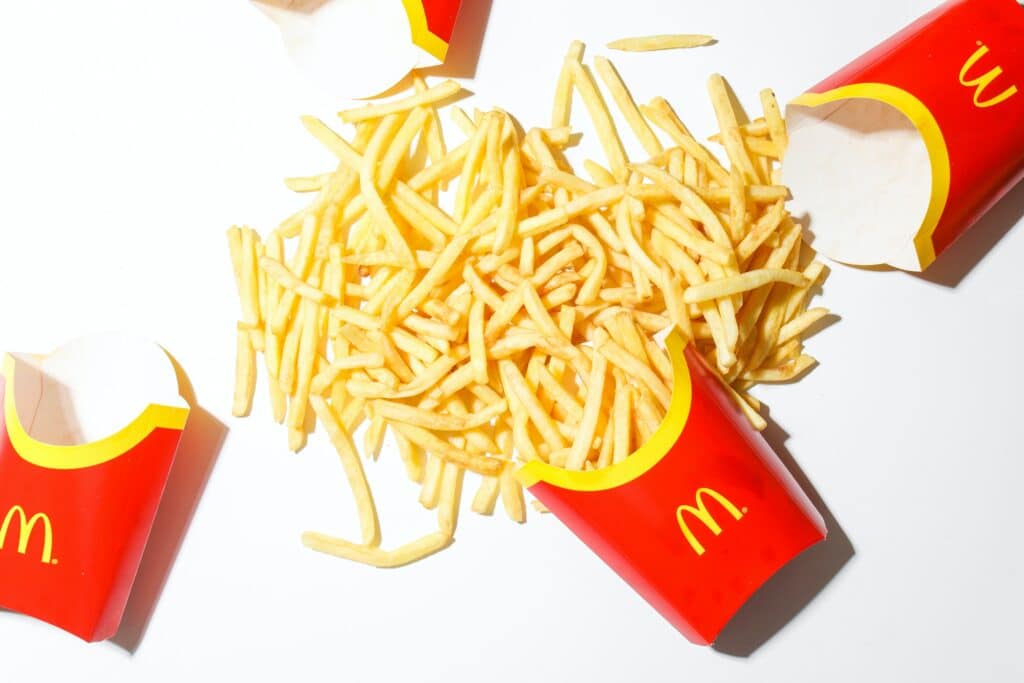 I think even some of the most commoditised products, and again with all these things, the answer is it depends. It really depends on so many moving parts of the investment. The value of what you’re providing, how you’re marketing and how you’re selling and all that sort of stuff.

I’ll give an example of McDonald’s.

They famously were in The Economist magazine. I don’t know if it’s still at the back, whereby they have the Big Mac Index. It’s almost a uniform product sold across many countries, and they would analyse the price premiums in different areas.

But the thing to bear in mind even about McDonald’s is maybe the product is the same. But the reason why people buy it in different countries is completely different.

In the United States, you have an infinite number of competitors in a very similar market, like Denny’s and Wendy’s and Burger King. I’m not trying to make myself look like the fast-food fan here. You can guess how overweight I am.

That’s a very different market share than in other countries where like in India. Where it’s more of a new entrant and they’re having some pricing problems.

One of the places I was in previously was in Peru. And in Peru McDonald’s was to some extent in some areas it was seen as almost a luxury product. Families would almost save up to go there for the evening.

So that aspect, the pricing of how it’s done in that country is very different.

I also remember locals were given a discount if you could present a national card you were given a lower price and McDonald’s than in foreigners or tourists were. So obviously there was localised pricing there as well.

I think at the end of the day, you always need local. A big believer in the sales team has the local ability to be flexible. And we’ve covered this in previous episodes where you need to be flexible to negotiate, to deal, to offer discounts were required.

McDonald’s is a great example. I mean, they’re well known for having very much regional-based everything.

Pricing, costs, accountants everything’s centralised by region, even their strategy is by region. They found in India though they had this big back index and initially they started that even applied that thinking in India and it failed miserably.

Having that menu, having that rigid approach in India just failed, it bombed. And for the last 8 to 10 years, they’ve been really working out.

Why does it fail so much?

But principally it failed because they didn’t realise how strong local preferences, customer preferences were. Religion culture was so significant in India, that they’re literally there, McDonald’s strategy of the Big Mac leading the way just really didn’t work at all.

So, what they’ve done?

They’ve become so localised, they literally are really almost the same offering the same menu as a street vendor. Offering street foods because they found that the street vendor was their main competitor that none of the big, Denny’s, or any of that or KFC.

It was the street vendor they have to compete against.

But what does that show you?

They’ve shown you that sometimes the regional approach just doesn’t work. You have to get local. So I think that’s something that pricing functions and multinational organisations can learn from too.

I think we’ve seen certainly over the last number of years and certainly this year, we’ve seen the conglomeration of power.

We’ve seen a centralised part of governments taking over to a large extent corporate getting bigger and bigger people are gamers on. And there’s a one fit, one cookie-cutter fits thing people will take whether given.

But the reality of it is people are different kilometres to kilometres. People from suburb to suburb are different, the drivers that have, their cultural backgrounds, etc.

So I think if you also sell the same thing to the same two people across the universe. Yeah, that will suit the business but the people probably will not want to buy it.

Even look at luxury cars. Apparently, British people buy luxury cars much more than French people do. French people tend to favour small cars. And that’s what their cultural norm is, even though the national wealth, the average GDP of those two countries is very similar.

So, if you were a car company in Europe, centralising pricing for a luxury car and Britain versus France, the drivers, there’s an overlap there.

That’s not a pun, but what’s driving people to purchase that item in different countries can be so different. That almost makes them a uniform policy obsolete.

Yeah, I suppose I moved away from our original concept a little bit talked about around the subject, but that’s all I’ll say today.

I think overall just to sum up when you move to that sort of regional, global, centralised pricing capability is more of a finance lead decision.

Principally from a cost down perspective. Because there are economic pressures. I can get that. But when you think this through the ramifications for pricing is good pricing function, and a centralised capability always looks for new opportunities by micro-segment.

So yeah, when you’re thinking about optimisation and you move things to a global regional capability, then you’re going to miss out. 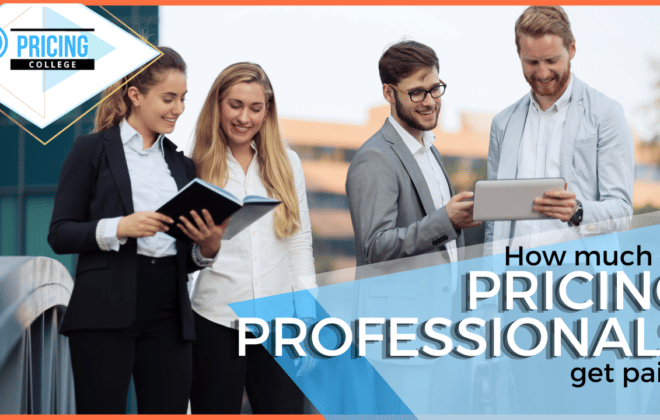 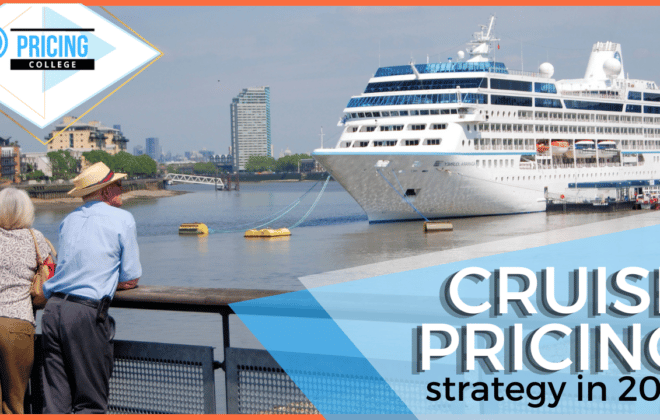 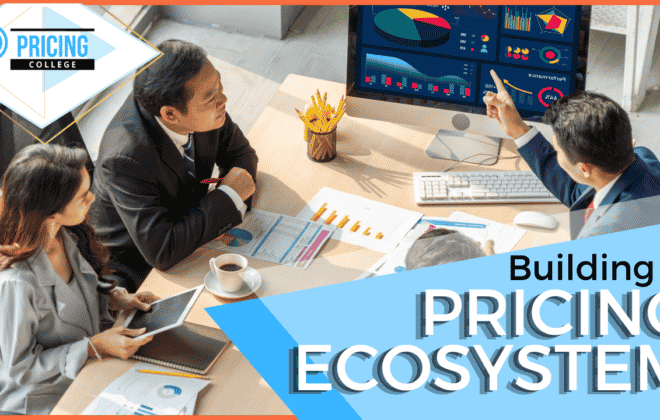