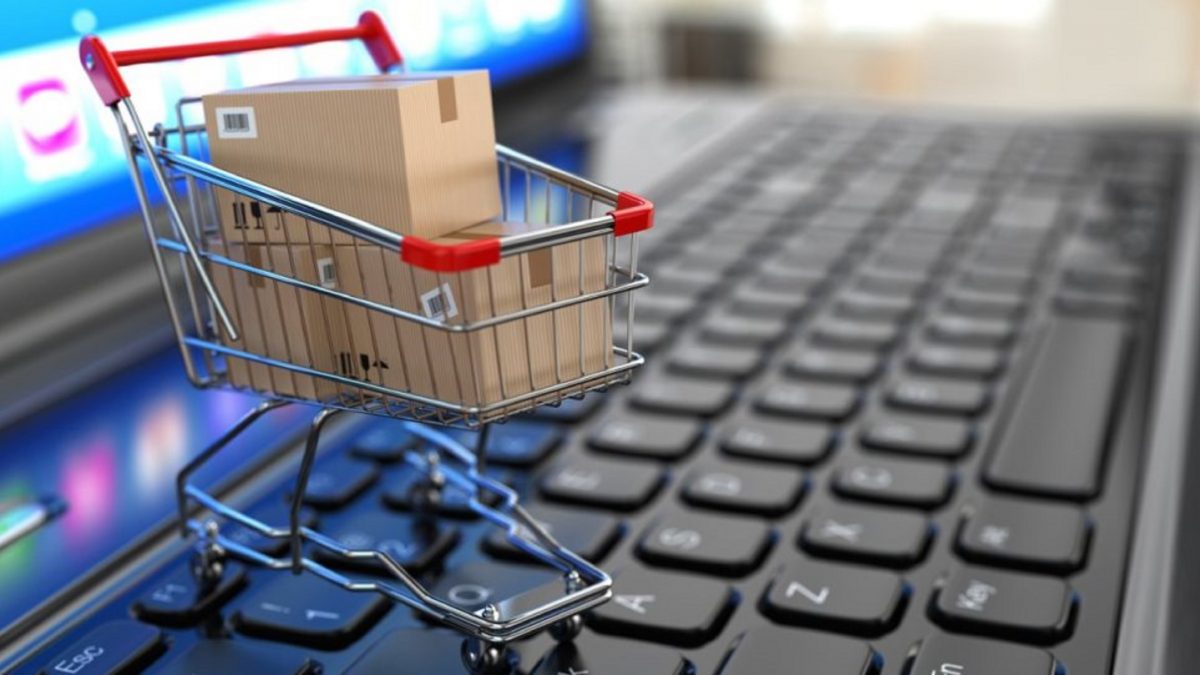 What price testing methods do you use in influencing consumers’ buying decision process?

In the past decade, technology has taken over the tasks of a data analyst to get more customer information more efficiently. This avalanche of data presents companies with big opportunities to increase profits, that is if they can find a way to use it effectively.

As we mentioned in a previous article, most businesses don’t have the technical skills to implement a full-scale analytics program. Thus, even companies that make big investments in analytics often find the results difficult to interpret, limited only to little data. Or, they find it difficult to use immediately to improve the bottom line.

Most companies will get more value from simple business experiments. That’s because it’s easier to draw the right conclusions using data generated through experiments. Instead of studying past transactions, the data is right there. Observing the spending behaviour of the consumers in real-time can provide a value pricing method.

Managers need to be confident at using basic research techniques. Specifically, they need to learn the “test and learn” approach. For example, take one action with one group of customers, take a different action (or often no action at all) with a control group; compare the results. The outcomes are analysed, the data interpreted, and the causality is usually clear. Feedback from even a handful of experiments can yield immediate and dramatic improvements in profits with price testing methods. They can also prevent an uncontrolled price method.

Admittedly, it can be hard to know where to start. In this article, we provide a step-by-step guide for conducting smart business price testing methods.

Think Like a Scientist when making price testing methods

Running price test experiment requires a control group and a feedback mechanism. Though most pricing managers understand the purpose of control groups in experimentation. Many companies have never used them rolling out price tests of new promos across their entire customer base.

Ideally, control groups are selected through randomisation. An example is when A Major Gym in Sydney wanted to test the effectiveness of free gym trials in different locations; it offered the promotion to a random sample of prospective customers, while a different random sample (the control group) received a standard offer. Hence, it is practical for a company to set up a treatment group and then use the remainder of the customer base as a control group.

The key to success with treatment and control groups is to ensure a barrier between them. So that the actions taken with one group do not spill over to the other. In effect, that can be difficult to achieve in an online setting where customers may visit your website repeatedly; making it challenging to track which sections of the site they were exposed to.

Separation can also be hard to achieve in physical stores. In addition, varying treatments across stores may lead to spillovers for customers who visit multiple stores. If you cannot achieve geographic separation, one solution may be to differ your pricing action over time. If there is a concern that changes in underlying demand that may confound the comparisons across time, consider repeating the different actions in multiple short time periods.

The second requirement is a feedback mechanism that allows you to observe how customers respond to different prices.

There are two types of feedback metrics: behavioural and perceptual. Behavioural metrics measure actions which are actually buying. Take Google, for example; the one reason it is so valuable to advertisers is that it enables them to study behavioural interest—such as clicking on ads. If Google could measure purchases rather than mere clicks, it would be even more valuable.

Perceptual measures indicate how customers react to your pricing. This speculative form of feedback is most often obtained via surveys, focus groups, conjoint studies, and other traditional forms of market research. These measures are useful in diagnosing intermediate changes in customers’ buying decision process.

Given that the goal of most firms is to influence customers’ behaviour rather than just their perceptions, experiments that measure behaviour provide a more direct link to profit, particularly when they measure purchasing behaviour. As with many endeavours, the best price experimentation programs start with the low-hanging experiments that are easy to implement and yield quick, clear insights. A company takes an action—such as raising or lowering a price or sending out a direct-mail offer—and observes customers’ reactions.

You can identify opportunities for price testing methods at your company using these criteria:

The most accurate price test, trials and experiments involve consumer-buying habits of individual customers, rather than classifications and observations of their responses. The tests measure purchasing behaviour (rather than perceptions) and reveal whether changes lead to higher profits. Concentrate your experiments on settings in which customers respond immediately.

An example is when the major Gym (example above) was considering how to use experiments to improve its profitability across locations; it recognised that the place to start was customer acquisition, not improving lifetime customer value.

The effects of experiments on customer buying habits can be measured immediately, while the impact on customer lifetime value pricing could take 25 years to assess.

Look for price experiments that are easy to execute using existing resources and staff. Experiments that require extensive manipulation of store layout, product offerings, or employee responsibilities may be expensive.

One such case is when one retailer ran a pricing experiment involving thousands of items across a large number of stores. It is a labour-intensive action that cost more than $1 million. What the retailer learned from that mammoth experiment could have been learned from a smaller test. That used fewer stores and preserved resources for follow-up tests.

In a business setting, it’s important to first establish a proof of concept for pricing. Use as many variables as possible in whatever combination you believe will get the result you want.

When customers are randomly assigned to treatment and control groups and there are many customers in each group, only then can you analyst multiple experiments. For example, if your sample includes both men and women, you can evaluate the outcome with men and women separately. Most actions affect some customers more than others. So when the data arrives, look for subgroups within your control and treatment groups. If you examine only aggregate data, you may incorrectly conclude that there are no effects on any customers.

The characteristics that you use to group customers, such as gender or historical purchasing patterns, must be separated from the data. The results will reflect existing customer differences rather than the impact of opening the store. Consider instead comparing purchases by customers who live near the new store against customers who live far away. As long as the two groups are roughly equivalent, the differences in their behaviour can be attributed to the store opening.

Common mistakes companies make is running price experiments based on their past data and experiences. If you never engage in “what-if” thinking. Your experiments will fail to yield breakthrough improvements.

A good illustration is Tesco, the UK supermarket chain. It reportedly discovered that it was profitable to send coupons for organic food to customers who bought wild birdseed; this is out-of-the-box thinking. Tesco allows junior pricing analysts at its corporate headquarters to conduct price experiments on a small scale. These employees deliver something that the senior pricing managers generally don’t; a steady stream of creative new ideas that cater to younger customers.

A tip about feedback measures for pricing: They must have all the relevant effects. Viewing results in context are critical whenever price actions in one channel affect sales in other channels or when short-term price actions can lead to long-run profit improvements. With that in mind, we recommend starting with price actions that have only short-run outcomes. Such as pricing actions that drive customer acquisition.

One such example: A large national Department Store in Australia recently conducted a large-scale test to determine how often to mail catalogues and other promotions to different groups of customers. Some customers received 17 catalogues over nine months, whereas another randomly selected group received 12 catalogues over the same time period. The retailer discovered that for its best customers, the additional catalogues increased sales during the test period, but lowered sales in subsequent months. When the retailer compared sales across its outlets, it found that its best customers purchased more often through the catalogue channel (via mail and telephone) but less from its online stores. When the firm aggregated sales across the different time periods and across its retail channels, it concluded that it could mail a lot less frequently to its best customers without sacrificing sales.

If a business identifies when experiments occur naturally, they can also learn from them at little or no additional expense.

The key to identifying and analysing natural price experiments is to find treatment and control groups that were created by some outside factor, not specifically gathered for an experiment. Geographic segmentation is one common approach for natural experiments, but it is not always reliable.

Companies that want to use the power of price testing methods need to be aware of the obstacles;— both external and internal ones. In some cases, there are legal obstacles: Firms must be careful when charging different prices to distributors and retailers, particularly firms competing with one another.

The internal obstacles to experimentation are often larger than the external barriers. In an organisation with a culture of decisions made by intuition, shifting to a test and learn culture requires a will to learn and change learning habits. Management-by-intuition is often rooted in an individual’s desire to make decisions quickly and a culture that does not tolerate failure. In contrast, price testing methods require a more measured pricing decision-making style and a willingness to try other strategies, some of which will not succeed.

Some companies mistakenly believe that the only useful price experiments are successful ones. But the goal is not to conduct perfect experiments; rather, the goal is to learn and make better decisions than you are making right now.

Organisations that cultivate a culture of experimentation are;often led by senior executives who have a clear understanding of pricing opportunities and include experimentation as a strategic goal of the firm. Price decisions based solely upon intuition were censured, even if the hunch was subsequently proved correct.

Analysing historic data, including competitors’ actions and outcomes in related industries,; can offer valuable initial insights that help focus your price testing methods. However, there is generally a practical limit on the number of experiments managers can run using past information. As a result,  analytics and price tests play an important role to reveal current customer insights. Even if your business is not used to using price testing methods drive decision making.

Whether the experiments are small or large, natural or created, your goal as a manager is the same. Shift your organisation from a culture of decision making by intuition to one price testing method.

When your pricing strategy needs refining with some price testing methods.

Give us a call and we’ll help your teams’ to build a culture of price experimentation. 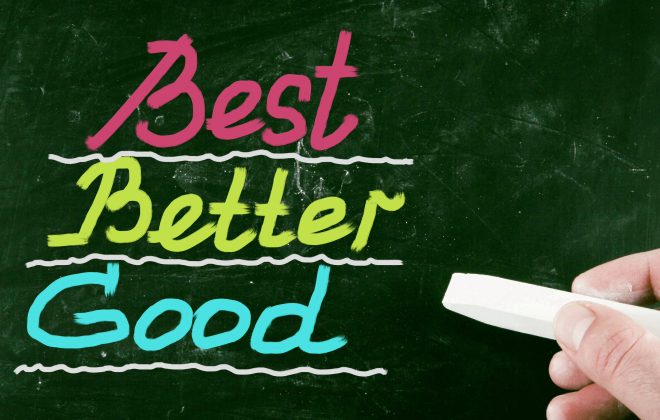 The Best Market Price Approach For Your Business & Customers 🏬 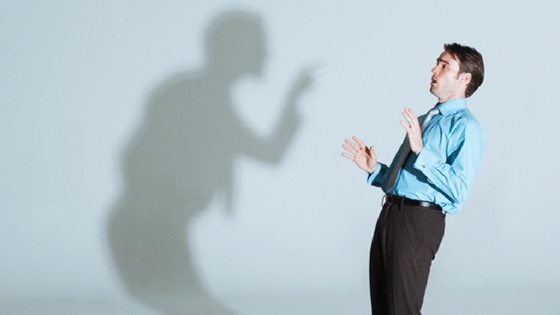 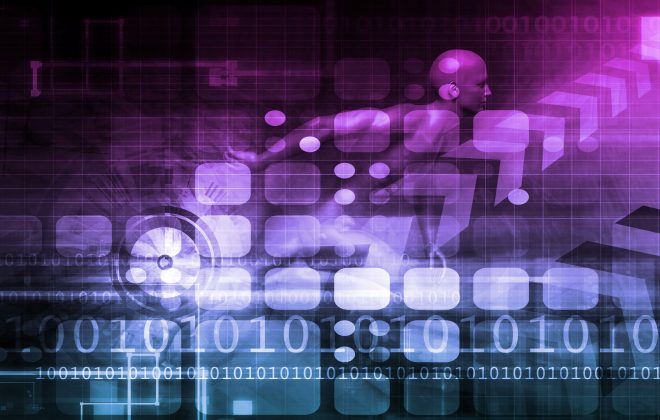