Target Market Segmentation: How Tesla Pulled off a Billion Dollar Pricing Strategy in the Automotive Industry 🚗

Tesla has a record of beating the odds with their prestige pricing strategy and data-driven target market segmentation. Their Model S sells for circa AUD 120,000 and their Model X sells for AUD 107,650 (excluding taxes or other costs). They have tested different ways to segment a market and positioned Tesla firmly in the premium sports car market despite being a newbie with an alternative offer in a well-established automotive industry.

However, it wasn’t always like this. Before 2008 the Tesla brand was a relatively unknown, techy brand. Tesla Motors Inc was predominately an engineering firm (not the fun-loving, Tesla technology brand we have all come to know). Their target market segmentation and price positioning were vague and undefined, and their ideal target customers had barely heard of them.

Then, in 2008 everything changed. Elon Musk took over the company as chief executive and transformed the Tesla brand.

Their brand went from geek-sheek to Hollywood glam in a fairly short space of time. They re-positioned their brand as Tesla the ‘new technology for clean energy,’ rather than a premium electric sports car with gadgets and benefits. They created demand for an entirely new premium, all-electric sports car segment using a prestige pricing strategy, clever storytelling, and target market segmentation.

From 2008 onward, Tesla attracted the demand and attention of their ideal target audience: i.e., An elite group of customers and private investors with lots of money to spend on a product that propped up an underlying belief or fantasy that successful individuals could change the world.

Strategic Team Planning For Pricing & Commercial Teams!
However, despite Tesla’s impressive turnaround situation (and ability to capture our imaginations with space travel and Elon’s glitzy parties with Hollywood celebrities and models), Tesla has been posting consistent deficits and continues to be a profitless company.

Tesla doesn’t have much cash compared to other industry giants – just over $US3 billion – and a debt-heavy balance sheet.

In this article, we will argue that although Tesla target market segmentation and price positioning is a huge potential source of revenue for Tesla, it is also an area which is likely to impact their mid to long growth plans if not handled correctly.

Tesla only really serves one target market. The one they created: i.e., the premium all-electric sports car market. They are currently working out their plans to cross over into the everyday market with their model X series. However, this is going to take another couple of years to achieve. And, a lot more private investment funding if they can get it (discussed later in this article).

Tesla, therefore, uses mono-segment positioning.  Which means they focus on one segment in detail. However, they pay close attention to understanding customer sub-group activity (or micro-segments) within this one market segment.

Tesla also uses an anticipatory type of positioning within their target market segmentation process. They position Tesla’s products and services for a market segment that has low turnover based on forecasts that the turnover will increase in the future as clean energy becomes a societal norm. 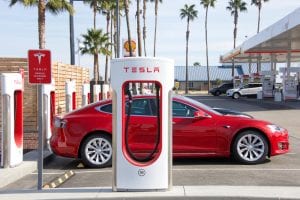 Most people back then were also pretty new to the idea of clean energy – i.e., Tesla’s mission statement. Tesla didn’t know if people would buy their novelty products because they didn’t have enough data on demand. They couldn’t set pricing based on capacity levels because they hadn’t sold any cars. Their product was new. And, their futuristic mission statement was quirky/odd.

They also didn’t want to set prices on their costs either because this would cap revenue. The cost of production is a relatively small percentage of the overall profit value of the Tesla brand. Cost based pricing would limit their profitability. Investors and executives would not like this. It would be harder to increase prices in the future.

See our blog here on 4 common pricing strategies to grow profits in your business.

They then looked at people’s willingness to pay set prices for their products.

So instead, Tesla created a pricing strategy that leveraged their ideological brand using a mixture of psychological and pricing theory and data-driven target market segmentation (discussed in more detail below). They looked at their target market segmentation research and found common pricing and psychological principles were driving sub-group activity to the brand and products.

Below listed are some basic psychographic profiles Tesla has created to develop their prestige pricing strategy for their Model S and X series:

They found that some customers would pay a lot of money to show how socially responsible they were.

They called this segment their hardcore loyals. Their target market segmentation process revealed that hardcore loyals within their target market wanted to buy a fun, all-electric sports car as opposed to a gas guzzling alternative like Bentley or Mercedes, etc. because they identified with Tesla’s mission or saw themselves as activists (Social Identify Theory).

Strategic Team Planning For Pricing & Commercial Teams!
Their target market segmentation process also revealed that other customer groups within their target market behaved and valued different things from the group above. They called them fad users because they would eagerly comply with a popular trend or identify with status and celebrity (social compliance theory).

Next was a series of price trials to test different price points for their prestige pricing strategy for their Model X series. They produce segmented prices for the Model X and S range based on the most prominent customer value drivers emerging from their ongoing segmentation research.

Tesla’s approach to pricing and target market segmentation is a huge potential source of revenue for the business and its investors. However, their current business model and operational capability are impacting their future pricing power and mid to long business growth plans.

First, there’s the increasing number of new players entering this marketplace. This includes different processes, customer channels, and product life cycles. Tesla needs to update operations quickly. They are the ones are being disrupted in a market segment they created.

Second, the arrival of new SUVs from other manufacturers will highlight production and pricing problems for Tesla which target market segmentation alone cannot fix. Tesla plans to produce a second SUV, the mass-market Model Y, in the next few years. However, other competing electric brands have cheaper SUVs available now.

There’s the new  Jaguar I-Pace all-electric crossover, for example, which is cheaper than the Tesla Model X and fits into a different segment.

The cheapest car Tesla has is the Model X is still about $10,000 US more than the I-Pace. After this, they’ve only really got the Model S to sell.

Third, they are now finding they cannot easily serve all their customers needs in their target market segmentation. Some customer now wants a smaller sedan or a smaller SUV and Tesla simply doesn’t have one yet.

Fourth, Tesla is losing market share. Existing players are reclaiming potential buyers with all-electric crossovers and sedans, but Tesla only really has the Model S and Model X. People are looking for all-electric luxury crossover versatility in Tesla’s target market segment, including the good range in an appealingly designed package. They like the Jag and the less expensive price tag of $US70,000. The latest all-electric Jag is an extremely attractive offer to switchers and fad buyers looking to move to an exclusive electric car segment. Tesla may not be able to compete. 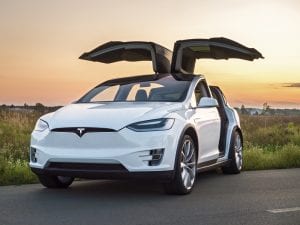 Tesla has only one car factory.

Fifth, unlike other car manufacturers, Tesla lacks a variety of offerings in their target market segmentation. Apart from drivetrain variations and some appointments. It also completely lacks competitive vehicles in other segments.

Critics of the traditional industry say that people will continue to buy Tesla simply because it’s Tesla.

But, even their data-driven target market segmentation process will be telling them a different story.  Some people will be willing to switch to something just as good or better then Tesla if its offered to them at the right price point (i.e., the Jag).

People within Tesla’s target market segmentation are looking for cheaper offers with benefits in this segment and Tesla just can’t offer them now. Also, the strength of Tesla’s loyal customer base has not been tested up to now. Will an everyday all-electric car and price point diminish a brand when their data-driven target market segmentation indicates their business and brand is largely built on exclusivity, ideals, and status?

Tesla may get away with idealistic storytelling and “stretching” fewer vehicles across more segments for a couple more years. However, this approach tends not to work for longer very well. Or potentially, they could increase their range to appeal to more segments. However, this means more factories, and in turn more capital investment.

Tesla can’t go into the everyday market using a penetration pricing strategy without a huge upfront investment. And, they’re facing serious competition from existing players with scale, heritage and the money. Industry car manufacturers have entered Tesla’s target market segment. What’s more, they have the money to compete and penetrate this niche target market with lower cost alternatives.

In this article, we showed how Tesla’s business strategy uses four strategic pillars:

We discussed how Tesla invests heavily in their target market segmentation process to inform and update each pillar of their business strategy.

We argued that Tesla leverages a data-driven target market segmentation process to develop a prestige pricing strategy based on psychological and monetary value drivers, as opposed to cost-based pricing.

A clear implication from this article is Tesla has a serious business model and operational issues to deal with now. Their pricing and target market segmentation strategy is no longer enough to fix these issues.

The fun technology Tesla may end up being a bottomless pit for private investors and just another car for customers. Tesla ideological brand might be enough to stave off competitive pressure and disruption. Then, again it might not. Tough times for Tesla ahead.

If you would like to learn more about how world-class pricing teams generate more revenue and margin for businesses like yours, download our complimentary e-book five ways to double EBIT or free pricing recruitment guides.

Don’t waste another dollar on the wrong pricing team strategy.

Did you know that…

How you set up and recruit strategic pricing analysts is a key determinant of how fast you can accelerate earnings growth. With the right pricing team strategy and implementation in place, incremental earnings gains can begin to occur in less than 12 weeks. After 6-12 months, the team is often able to find additional earnings. They identify more complex and previously unrealised revenue and margin opportunities. 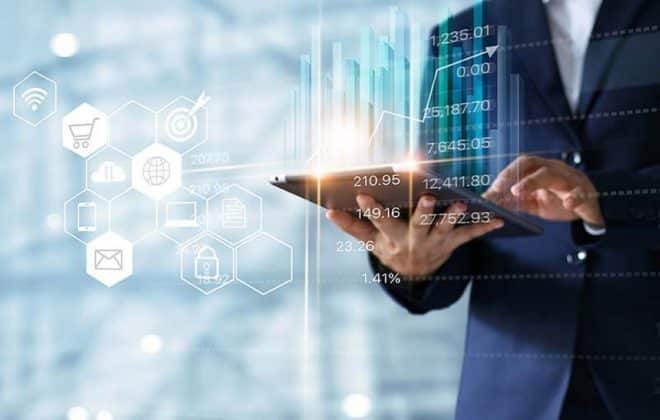 Are Your Pricing Capabilities Optimised Or A Profit Liability? 🌈 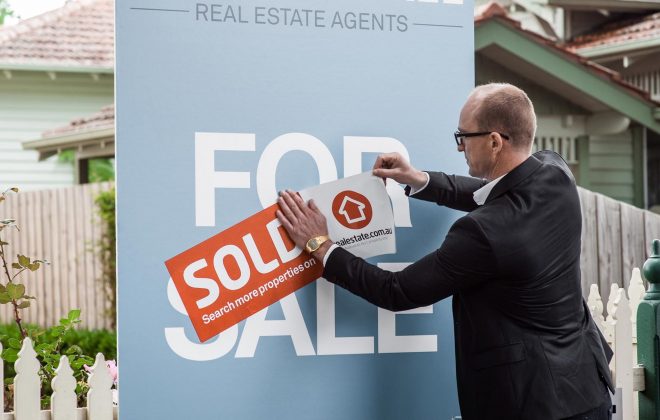 From Free-fall to Boom 🏘️: What Causes Real Estate Prices to Increase? 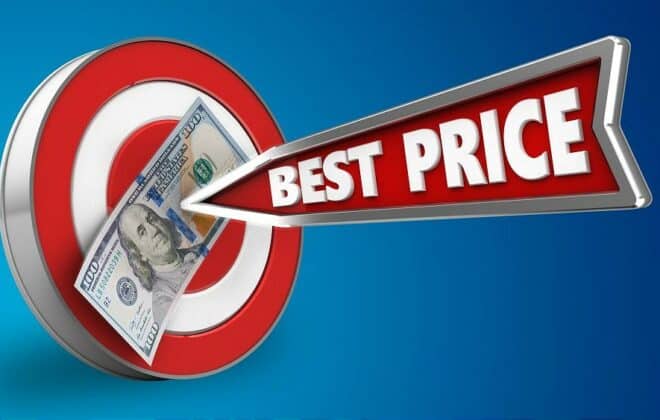 How To Respond To What’s Your Best Price Effectively🏷️