a habit, not an act.

TALK TO AN EXPERT

Many CEOS are deeply frustrated by the pricing chaos and margin loss created by consistently bad price decisions. The recent crisis has accentuated this frustration into a major CEO pain point. As hard as the C-suite tries to get pricing for profit under control, attempts to make more informed pricing decisions - and facilitate collaboration between stakeholders - just breaks down. And, although CEOs tend to be very determined to get the best consultants and resources allocated to major pricing initiatives, over 70% of pricing projects fizzle out and go nowhere. The majority of pricing decisions remain doggedly stuck in slightly revamped teams, silos and latent power structures that consist of entirely the wrong people, capabilities and skill sets. Even after establishing a new pricing team in the business, CEOs have found that the 'pricing policeman' role for the new team worsened price governance problems, rather than fixed them. Many CEO now recognise that the traditional pricing team structure, matrix organisation and capability set of old, are completely wrong for today's changing pricing team, business and market. But very few know what to do next.

Our point of view

Good price governance is a learned habit. But a good habit is the result of millions of small acts and informed pricing decisions, performed every day by hundred of employees that all know what they need to do to achieve specific goals and outcomes. This means that a company cannot simply decide to get better at price governance. They have to instead learn better pricing habits and norms; and weed out unhelpful processes, assumptions and routines. But most companies are large, complex organisations, and there are many people in the business as well as customers and supply chain that influence prices. But changing everything at once is hard and not advised. And this is why companies are now introducing a systemic but agile approach to price governance: A pricing centre of excellence model that is set up to not only improve price governance, but also designed to keep the business focused on achieving outcomes  - no matter what.

What is a pricing centre of excellence and how does this help us improving pricing decisions?

A simple definition of a Pricing Centre of Excellence is a network of different groups of people driving different aspects of pricing (strategy, governance, analytics and operations) to achieve pre-determined goals and outcomes. Some of the benefits of a Pricing Centre of Excellence are: 1) to improve people's expertise in pricing 2) to build organisational capability 3) to make more profitable pricing decisions 4) to deliver the ROI on pricing without the usual pain of pricing chaos and mismanagement. CoEs provide a focal point for knowledge management, with the overall goal being the ability to capture new knowledge and practices from inside and outside of the business. How can we help you

Top down, command and control price governance has failed to improve price decision making. CEOs have had to change the way people make pricing decisions, and the way they have positioned their pricing team. For many years, the pricing team was set up as the ‘pricing policemen’ rather than the pricing expert. Their role was to ensure people followed the ‘new’ pricing rules – the first rule being: discretionary pricing was bad and no longer allowed or even contraband. On top of this, the balance between centralisation and decentralisation was not right at all; which lead in turn to the wrong pricing team structure. Now, even after years of divisive price governance, many businesses continue to find themselves grappling with increased price complexity with no real solution. And, what’s more disappointing still is that good people continue to operate unwittingly within the wrong structure using slow and ineffective pricing processes.

A new governance system and team is now being introduced that removes the pain from price governance. Taylor Wells can help you build an agile and outcomes focused price governance team and model. A model of pricing that is all about giving people the expertise, space, pathways and tools to make rapid pricing decisions that deliver real outcomes.

Pricing is a complex process. We find that even the strongest organisations have areas in which they need to up their game in order to capture the maximum benefits of a pricing strategy.  In many organisations, people have lost trust in pricing because they don’t know the role of pricing in the business, what other teams are going to do or how they fit in the new pricing system.

We will help you create a very solid core pricing process, which everyone in the organisation can understand and rally around.  The effort to root out bad processes will be considerable, but the payoff from removing the number of loss making operating procedures to encompass only those pricing activities that genuinely work will generate ongoing results and make people’s lives much easier.

3. Identifying the right people for the PCOE

A successful go-to-market strategy begins with a good foundation of knowledge covering all aspects of marketing, sales, and pricing. To get the ROI on pricing that you’re expecting, you want to bring together the right people. Talented and highly skilled people who persevere to achieve key outcomes regardless of day to day operations. Accountable people who can manage the pricing process, from monitoring results of marketing, sales, or pricing pilots to maximising results over the long term and conducting in-depth studies that provide insight into consumer behaviours and attitudes.

Taylor Wells assist you in identifying your talent needs, assessing current talent, acquiring talent from external sources (if you don’t have the skills internally and development is inefficient), and transferring required skills to your organisation.

Without the right internal pricing capabilities, it is impossible to build a sustainable pricing capability. Within no time at all, you’ll be grudging asking consultants to come back to the business to help you fix up even minor pricing issues, and processes and yet another strategy or price optimisation.

But the traditional consultancy model of pricing is not your only option. You can also create a world class pricing team to help you create and capture value on an ongoing basis. And a pricing centre of excellence model to help make better pricing decisions.

Taylor Wells works with our clients to sustain and magnify the results from pricing transformation initiatives. Our pricing centre of excellence program boosts team pricing capability, allowing your people to extract the maximum value from pricing long after any consulting team has gone.

Pricing Insights at your fingertips

In our hands it’s more than just data. We use it to build the DNA of outstanding pricing leaders, effective organisations, high performance cultures and game-changing reward and teambuilding programmes. In your hands it can continue to inform smarter pricing and people decisions backed by more than 1 million data points, including:
– Over 7,000 thousand assessment results
– Hundreds of employee engagement survey responses
– Rewards data for thousands of employees across hundreds of organisations and UK, EU, USA, CH, SA, AF, ANZ. 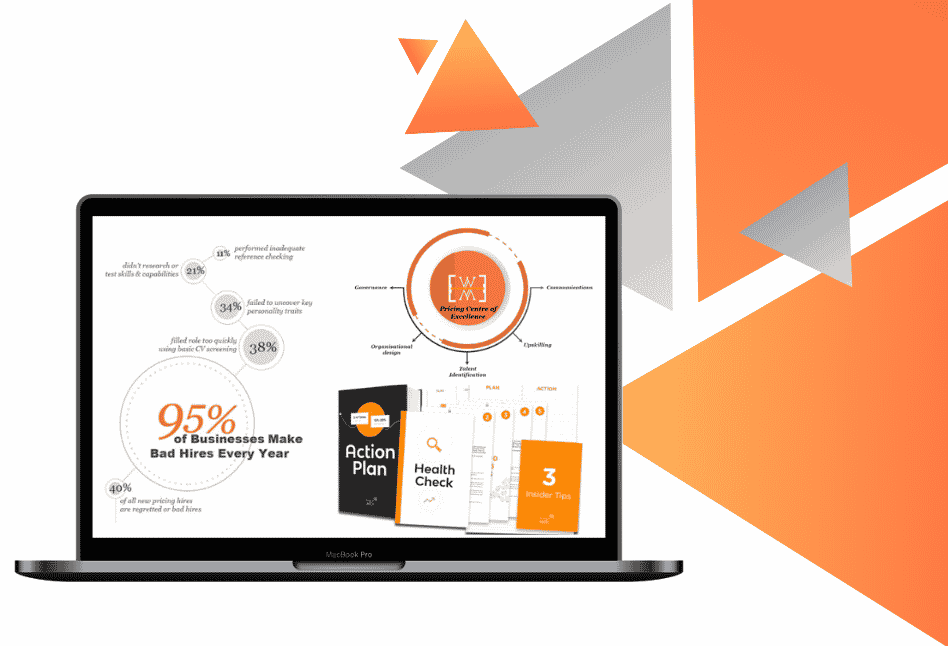 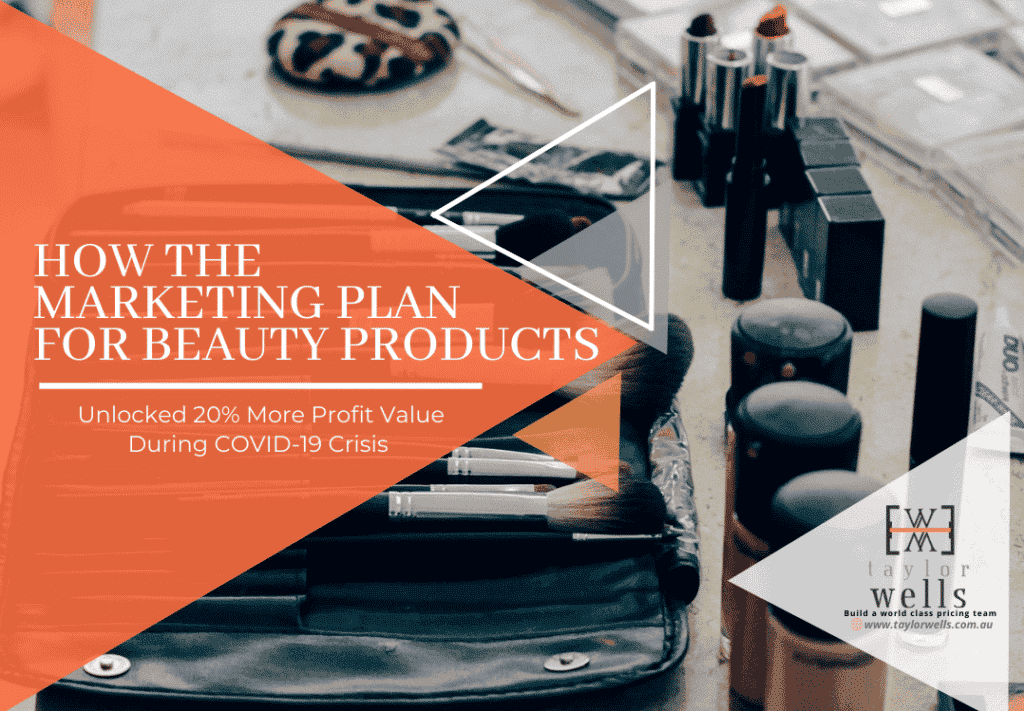 Free PDF Guide: How To Maximise Margins With Price Testing Methods in < 3 Months Free PDF Guide: How to build capability during a hiring process 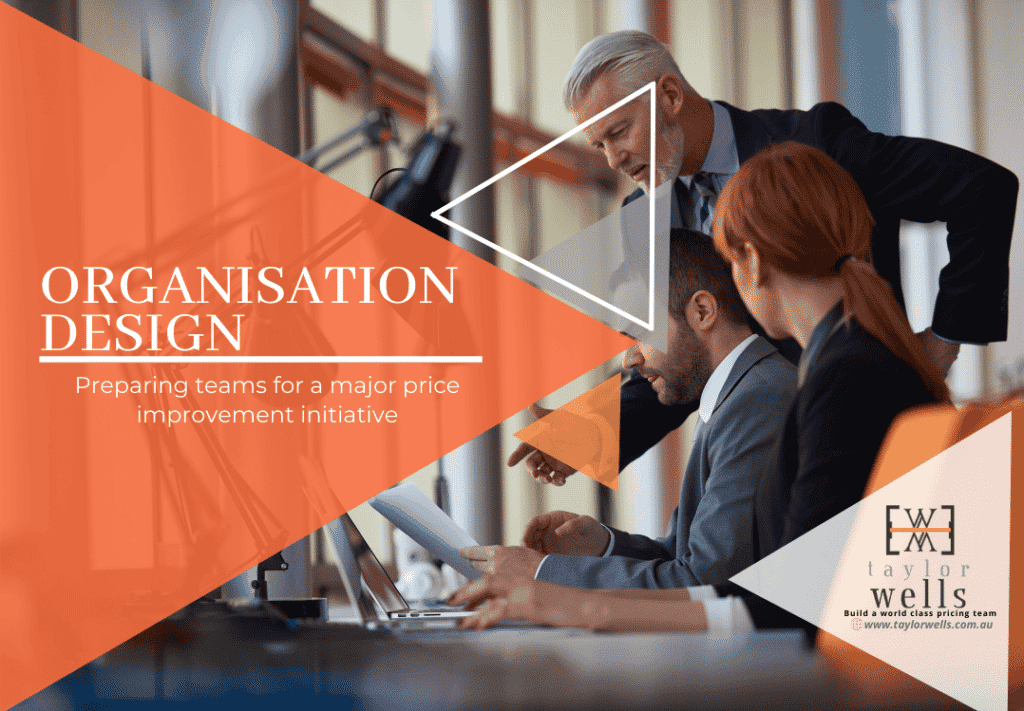 Free PDF Guide On How Leaders Can Prepare For Pricing Initiatives 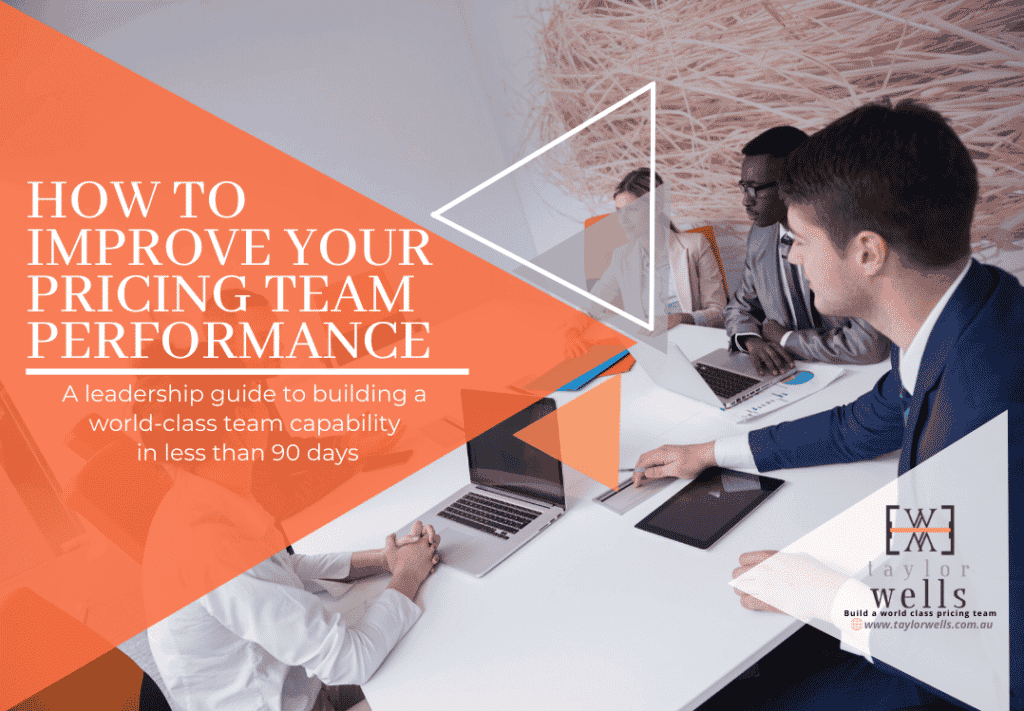 Free PDF Guide on How To Hire & Train Pricing All Stars 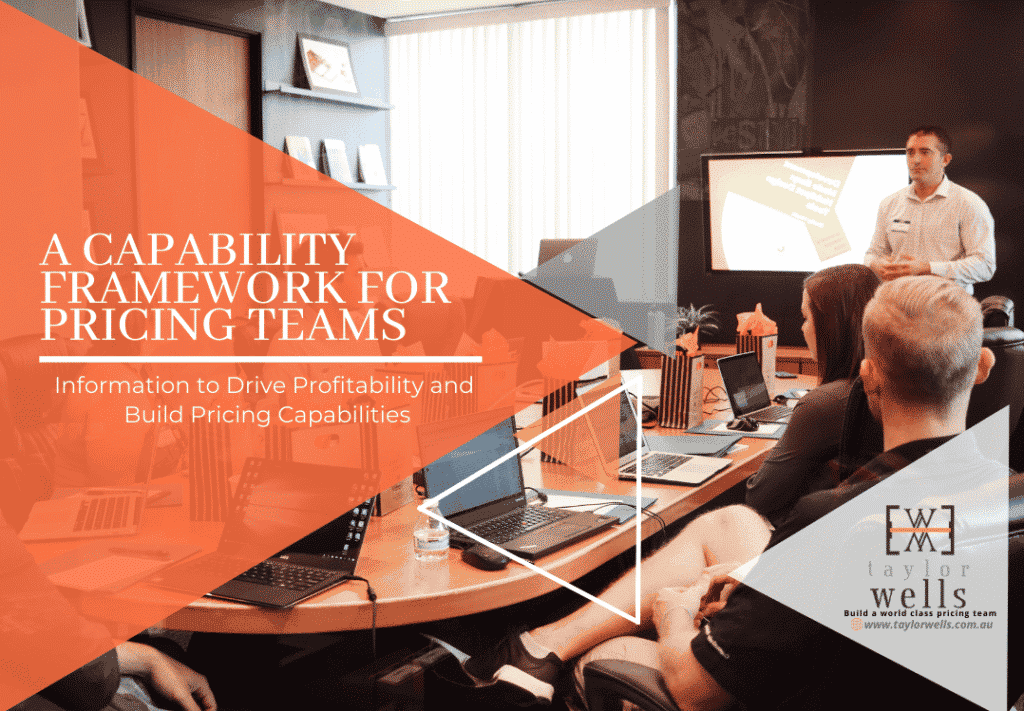 Talk to an expert

Questions? Call 02 9000 1115 To speak to a Taylor Wells representative or complete the form above.