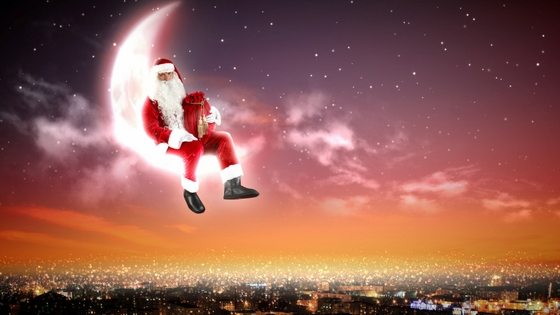 Think about it, Elon Musk and Santa have a lot in common – they are both older men obsessed with their magical transporters.

Bear with me, while I share a funny story about business model adaptation and pricing strategy from one of the first and very brilliant start up entrepreneurs, Santa Claus – legend of business model innovation …

Once upon a time, when Santa set up his North Pole start up (North Pole Inc.), he only had 1 trusty elf, a scrawny reindeer and his magical gifting tool set.

Mrs Claus was not sure whether North Pole Inc. would be successful, but she was a master of pep talks and kept Santa motivated and sane.

Strategic Team Planning For Pricing & Commercial Teams!
She had just about had enough of Santa’s whining one day, and wanted him to stop moaning about his cash flow situation when she said:

“Santa, have you read this book “Think and Grow Rich?”

“Yes, really good”, Mrs Claus said –  a bit irritated that Santa had still not read it.

“I think it will change our lives and future generations forever. Read it or else.”

Intrigued and a little scared of Mrs Claus, Santa read the book.

He realised his mindset was all wrong. He had lots of knowledge, but no single-minded focus that would lead to business model innocation.

He needed to focus on what he was good at and create a new Christmas market – a market he would monopolise, divide and conquer: religious reflection vs. absent-minded consumerism.

Santa was a diligent student and not only read “Think and grow Rich,” but completed the Think and Grow Rich workbook.

For his efforts, Santa realised he lacked belief in himself and had to master techniques to control the demons in his subconscious.

But he also realised he lacked business, business model innovation and pricing skills.

So, Santa bought a number of other business books one of which was called Business Model Generation and started to design his ideal business.

For weeks and months, Santa worked furiously on his business model innovation. 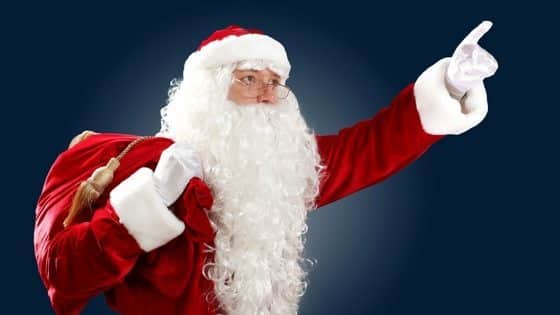 He was like an architect at a drawing board; scribbling and scrapping out lots of iterations of his business model innovation on paper and in notebooks.

“I will definitely need more elves and a better slay,” Santa mumbled to himself. “But, how will I deliver my presents in full on time?”

As he was going through the details, he was perplexed about who his target market should be?

“Ermm, thought Santa, everyone wants presents. Does that mean everyone is a potential customer?

I can’t possibility serve a market that large even with all my magical powers and slay and 8 reindeer.”

“My funds are sparse and very few people know I exist,” Santa told Mrs Claus anxiously. “People will think my ideas are crazy.  How will I scale and grow?”

“Oh no, he’s off again,” Mrs Claus thought to herself. “I wonder if he finished his ‘Think and Grow Rich workbook’?  I’ll go and get it…”

Santa, ignored Mrs Claus and continued his ranting: “There must be a segment that will instantly fall in love with what I do and recognise my awesome magical powers? But who could that be?”

Santa starred into middle distance for a good while, thinking, thinking…

…Until his eyes came back to focus and softly rested on his trusty little elf busily making toys for free just because he loved shiny toys that made loud noises.

…little humans that will truly delight in my Christmas spirit platform…

…without any question or doubt…

Santa worked through his business model innovation until one special day his business was nearly ready for his big Christmas Eve launch:

Prior to the launch, Santa had some last-minute glitches with his main distributors, ‘Rudolph Red Inc’.  and suppliers ‘Elves R Us’.

Santa called an emergency meeting with Mrs Claus and his team of elves.  There were a number of problems:

He realised a 1 to many model would not cut it. His distributors were flighty and unpredictable.

His main Suppliers ‘Elves R Us’ were going into liquidation.

His souped-up slay was cool, efficient and stylish but needed to be regularly re-charged at special elf depots.

Santa need to cover the whole planet in 5 hours – his state of the art magic transporter was a super quiet ride and looked really cool, but it’s battery couldn’t cope with long distances and Santa’s super tight transportation schedule.

Mrs  Claus always wondered why Santa bought this new-fangled slay or “magical transporter” as Santa kept insisting she calls it.

Santa was on a roll; his mind buzzing with ideas:

“I need to streamline operations and think big. It is no longer feasible to rely on costly and unreliable reindeers.

But who would buy-into, fund and set up my entire mission and be my unpaid sales force?” Santa paced up and down the workshop pulling his beard.

It took a while, but then the answer came to Santa in a flash of brilliance.

Santa said: “Why bear full operational expense when we could be tapping into existing operations for free,” shouted Santa with glee.

“Parents will supply and deliver my presents to each child. They will manage supply and they will even pretend that I have done this all by myself in exchange for 1 simple thing.”

Santa realised that parents would fund his entire gig and be his main channel to market – talk about supply chain innovative.

“Parents will even sell the concept of Christmas for me so that I don’t have to cold call or go door to door selling,” exclaimed Santa.

“I was dreading the knock backs,” said a very relieved Santa.

Santa cleverly realised that parents would do all of this because they needed 1 simple but very important thing from him in exchange (A service Santa was more than happy to provide).

After workshopping his Christmas ideas with parents in prior months, Santa saw a recurring theme:

All parents need a kick ass, carrot and stick device to manage their children’s behaviour over the year.

He also saw that parents were suckers for their children’s wide-eyed innocence and irrational, yet cute demands for more stuff – children are the ultimate consumerists. Parents like to fill the void. A perfect fit.

He thought this deal is too good to be true, and quickly developed a contract with margin maximising terms for parents which read:

“I, Santa agree to promote a behavioural management plan in all my advertising and marketing materials aka Santa’s naughty and Nice list and any Christmas songs, while you, parents supply and deliver all the gifts to your children without credit; promoting me instead, Santa, at every turn as the gift bearing evangelist that works tirelessly all-year-round to make customised toys for each and every child on the planet.”

It was a win-win for everyone. A partnership for life.

This new partnership made him a money magnet and execs flocked to him.

He chuckled to himself, thinking back on the good old days when he actually worried about pricing and recurring cashflows.

“I spent so much timing thinking about pricing and business model innovation. What would be the best price for my toys and value-added services? How much profit should I be making? Is this ethical? Will children and parents think less of me for making lots of money off their dreams and fears?

I even analysed price points and complex pricing models in Excel night after night. What are other businesses charging? What are parents willing to pay? What’s the validity of my model?

“Ho, ho, ho, how I used to make everything so complicated,” Santa chuckled and rubbed his big belly.

Rather than selling to businesses, big business came to him.

Santa found that other businesses, children and parents all loved what he was trying to do.

Big wig execs even proposed that their businesses would manufacture all the toys and presents for Santa and his new partners i.e., parents.

All Santa had to do in exchange was promote himself.

Santa reasoned, well they are selling products that I was going to make myself anyway.

What’s the harm? And no CAPEX or marginal costs involved! Santa screamed.

What dear old Santa didn’t realise was that the parents would be the poor suckers funding this deal – come to mention it, he never did reveal whether he was receiving a percentage up-side for selling his brand either.

But, Santa is not about easy money. He built a value ecosystem that spreads wealth, joy and merriment.

Thanks to Mrs Claus and Santa’s team or elves, a whole new Christmas experience was created. One which distanced itself from religion and personalised pagan mysticism and magic using family friendly, sugar coated advertising and messaging.

I think we need a rest and a very Merry Christmas to all! 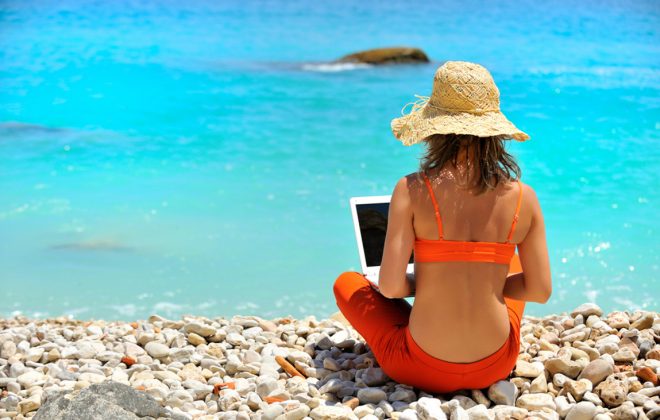 Pricing tools software: Are IT tools a silver bullet for B2B pricing?