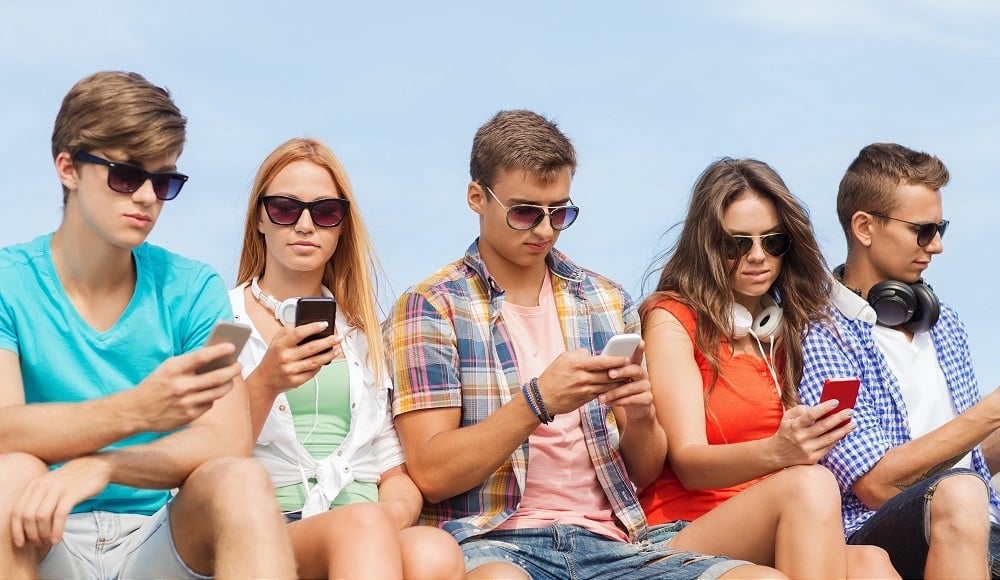 These days, mobile apps are more than just a fad. They serve as an extension of your business and considered the most convenient and efficient way to reach out to a worldwide platform of users.

Recent statistics show that with more than 3.2 billion smartphone users all over the world, it’s not surprising that the mobile app industry is growing. In fact, by 2023, phone apps are anticipated to make more than $935 billion in revenue.

Are you pricing your app correctly? How much profit are you going to contribute to the $935 billion expected revenue by 2023?

With the striking increase of apps, you cannot just price your app based on presumptions. If you are an app owner, you need to consider various intuitive and empirical factors before setting a price. The price you set can either make or break your app. Regardless of how amazing your app is, pricing it inaccurately will cause a downfall. However, you need not worry because there are ways that you can avoid the risk if you know how to properly price your app (which we will discuss later in this article).

If you plan on developing or creating an app and have not given much of an afterthought to pricing, fret not because, in this article, we will help you prudently establish the right price for your application. We will also provide you with a real-world example of Apple’s app pricing. Not only that but also the benefits that App Store is offering and the estimation of revenue gains from the key features that Apple is giving.

We believe that providing value to the end-users is key behind any app, but pricing it correctly is an equally important aspect – and one that a business should not overlook. Pricing should be determined carefully in order to create a scalable and profitable mobile app business.

Using Apple as an example for app pricing: What do you gain for Apple’s 30%?

Are you truly earning while giving Apple so much?

Although you’re in the process of building a really cool and entertaining app, the main point is to position it properly and gain some margins and profits. As a matter of fact, creating an app is easier than determining its cost or value to customers. Or if there’s a need to charge or not to charge for the app.

Let’s take a look at Apple’s app pricing, the advantages that App Store is offering and the estimation of revenue gains from its key features.

Apple’s App Store ecosystem provides an assurance that you can seize a larger audience and earn more money compared to building it on your own.  For all the benefits Apple provides, you have to pay 30% of all your profits.  For subscription products, however, that rate goes down to 15% if you keep your customers above the 1-year mark.

Based on Apple’s latest numbers, these multiple platforms and audiences spent approximately half a trillion dollars in 2019. According to App Annie, in 2018, fewer than 3,000 apps were generating more than $1 million a year in revenue.

If you have a subscription business, Apple has the tools needed to make you successful such as:

Let’s check some of the benefits of selling digital products on Apple’s App Store. And create a simple estimation to find out how much money you earn from Apple by using their platform.

Selling a product in various foreign jurisdictions comes with a lot of challenges including taxes, currency conversion, and other legal requirements. Every app developer requires a platform to address these types of challenges.

We all know that selling your app in different countries is not as simple as turning on a switch. However, for the sake of simplicity of our example, let’s suppose that our app is all good and ready to roll.

For an app selling presently in the United States, there’s a 40% growth in the potential audience by merely moving into other countries such as the United Kingdom, Canada, and Australia (with English as their official language).

Then, let’s examine involuntary churn. Some of the reasons for involuntary churns include fraud, card limits, expired cards, and more. First, we need to estimate a baseline rate. Say, if the expiration of the average credit card is every 3 years, and if your customers are not updating their billing information, for this reason alone, anticipate to see around 2.7% having their credit card declined. Let’s suppose further that with all the other reasons declines may occur that you hit 3%.

Apple put so much effort into decreasing involuntary churn. Another benefit that Apple provides is that your app is pooled in with every other way a customer spends money using their iCloud account.

Meaning, even if a user’s credit card expires, another payment may arise before yours is due which forces the customer to update their card information. Recurly, a subscription management platform puts average involuntary churn in consumer subscriptions at approximately 1.11% and about 5.94% for voluntary.

So, then our app generates about $60,000 over 12 months without involuntary churn mitigation. However, by using Apple’s involuntary churn tools, we increase our revenue to around $65,000 in a year. And by releasing our app in some English-speaking countries (such as the United Kingdom, Canada, and Australia), our revenue can grow to a little over $75,000.

Did we defeat Apple’s 30% take? Not really. That’s only about 25% annual increase in revenue. However, we are well above the 15% revenue cut Apple gets right after having a subscriber for 12 months.

Many things have changed as regards to payments and subscription management for selling in-app purchases since the App Store started in 2008 and Apple’s StoreKit framework in 2009. The development of platforms such as Stripe and Shopify have definitely changed the environment from when Apple landed on its 30% number.

Is Apple’s App Store 30% cut worth it?  Apple surely provides various benefits, however, with a SaaS environment that’s drastically changing, it may lead to a question of how many available resources you have to address the challenges to increase your revenue.

The big question is: How to do app pricing?

First of all, it is very significant to find out what’s going on in the market. Therefore, you need to do a competitive analysis. Find out other similar apps and their rates. You can catch the customer’s attention by charging a bit lower price than your competitors. Yet, you need to charge more for superior products if your app is more advance or complex.

Before setting a price for an app, know that it is a way to set the expectations of the user. Users expect to use the app for free or priced at 99 cents only. However, other complex or more advance apps sell for $2.99 to $4.99. Moreover, top-tier apps should have extensive features and functionalities to do well in the competitive market. Therefore, they should look captivating and offer value for users.

Setting the price for your app has a lot of factors involved such as – the market competition, market research, the value and functionality of your app. In order to run a successful mobile app business, you also have to have an understanding of consumer psychology.

How you set the price of your product determines the success of your app based on the volume of downloads and also user retention in the long run.

Developers should not set a fixed price for their apps so that they can experiment with different price points. The good way to do it is to launch the app with a higher price then lower it over time. Most often, launch time is the perfect time to lure more users to use and download the app.

The app market is rapidly growing. Thus, to enter the market seamlessly and create a niche, it’s important to choose the right pricing strategy for your mobile app.

Remember that your product pricing strategy should meet market and customer expectations, provide perceived value and guide you in accomplishing business goals.

Apps offered for free or at a very low price get bigger market share and can enter the market smoothly while higher-priced apps have the potential to gather a good ROI. 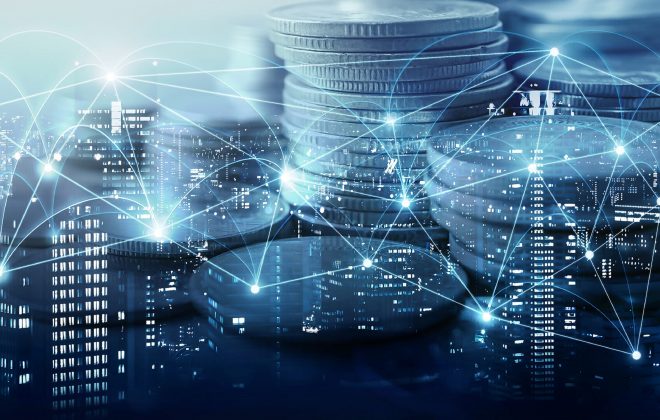 How Do Pandemics Impact Consumer Psychology and Pricing? ⏱️ 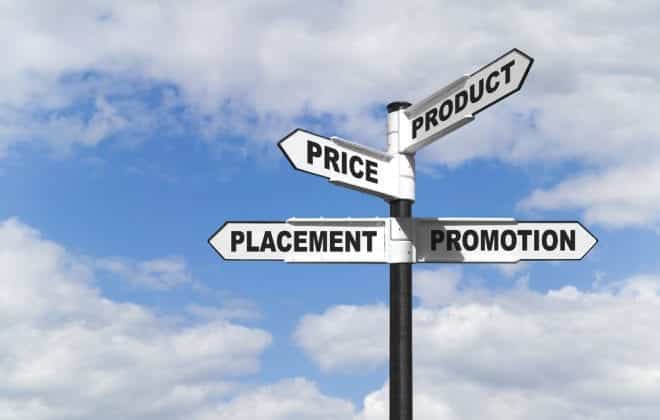 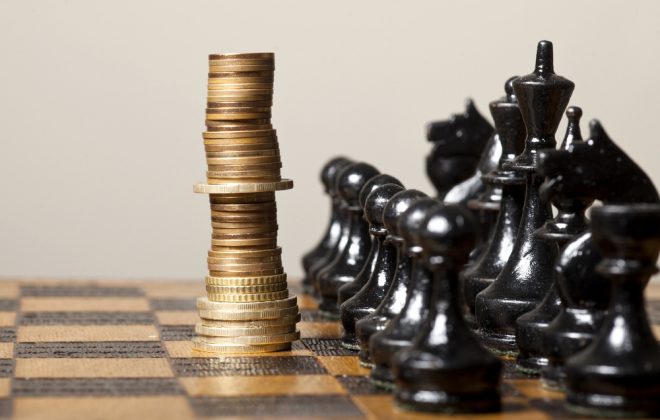